16 retail stores were told to price fix by Apple Rus, according to antimonopoly service 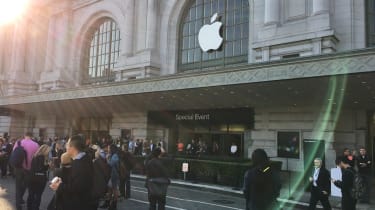 Over the course of a seven month investigation, Russia's Federal Antimonopoly Service (FAS) discovered Apple Rus had told 16 retailers to hold the prices of iPhones, including the iPhone 5s, 5c, 6, 6 Plus and the iPhone 6s and 6s Plus for around three months.

According to an official report from the FAS, the organisation monitored the prices offered by the stores and if they were found to be "unsuitable", it would send an email telling the retailer to amend them.

However, the report revealed Apple Rus was very supportive of the investigations, allowing authorities to look into its dealings. It also stated Apple, the parent company, was not involved at all.

"In the course of the proceedings the Russian subsidiary of Apple actively cooperated with the Russian FAS," the state secretary - deputy head of FAS Russia, Andrei Tsarikovsky, said in a statement.

"The company has adopted the necessary measures to eliminate violations of the law and has brought in a policy to prevent similar violations in the future: the company has developed a detailed antimonopoly compliance [programme and] organised training for employees in Russian antimonopoly legislation norms."

Tsarikovsky told the Interfax news agency it hasn't been decided if Apple will be fined, although a report by The Financial Times says it could be up to 15% of Apple's Russian iPhone sales.

If a fine is imposed, it will have three months to appeal the decision.