Desktop Ubuntu will go back to Gnome 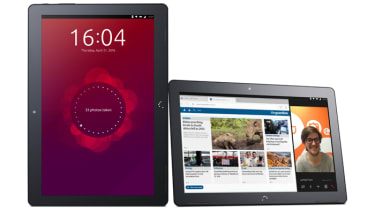 Ubuntu is to kill off efforts to put its operating system on smartphones and tablets.

In a blog post, Ubuntu found Mark Shuttleworth, said that the company would end Unity8, the phone and convergence shell and shift its default Ubuntu desktop back to GNOME for Ubuntu 18.04 LTS. This new version of the desktop will ship in April 2018.

With the move, the company has close off plans to have a phone acting as a desktop when docked into a special device hooked up to a display.

He said the company would continue to produce desktop software and maintain the existing LTS releases, working with partners to distribute this software and support corporate customers.

Shuttleworth said he took the view that "if convergence was the future and we could deliver it as free software, that would be widely appreciated both in the free software community and in the technology industry, where there is substantial frustration with the existing, closed, alternatives available to manufacturers".

"I was wrong on both counts," he added, saying his company's efforts were seen as "fragmentation not innovation". He said that while what the Unity8 team had delivered so far was "beautiful, usable and solid", he respected that "markets, and community, ultimately decide which products grow and which disappear".

He said the decision had been a very difficult one for him to make "because of the force of my conviction in the convergence future, and my personal engagement with the people and the product, both of which are amazing. We feel like a family, but this choice is shaped by commercial constraints, and those two are hard to reconcile".

Looking to the future, Shuttleworth said that Ubuntu would now concentrate its investments in "areas which are contributing to the growth of the company".

He listed them as Ubuntu itself, for desktops, servers and VMs, its cloud infrastructure products (OpenStack and Kubernetes), cloud operations capabilities (MAAS, LXD, Juju, BootStack), and "our IoT story in snaps and Ubuntu Core".