Going mainstream brings out those who “love to hate”, says Shuttleworth 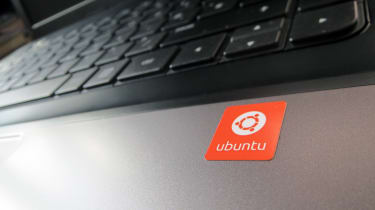 Ubuntu founder and space tourist Mark Shuttleworth has lambasted the open source software community for being "muppets" who love to "hate" on popular software.

After his Google+ post thanking people who worked on the recently abandoned Unity project sparked a wealth of comments, he responded to questions over the Mir Windowing system, with people lamenting its apparent demise.

Confirming Mir is used as a compositor in various Ubuntu IoT projects, Shuttleworth added: "The whole Mir hate-fest boggled my mind - it's free software that does something invisible really well. It became a political topic as irrational as climate change or gun control, where being on one side or the other was a sign of tribal allegiance.

"We have a problem in the community when people choose to hate free software instead of loving that someone cares enough to take their life's work and make it freely available."

He added: "I used to think that it was a privilege to serve people who also loved the idea of service, but now I think many members of the free software community are just deeply anti-social types who love to hate on whatever is mainstream.

"When Windows was mainstream they hated on it. Rationally, Windows does many things well and deserves respect for those. And when Canonical went mainstream, it became the focus of irrational hatred too. The very same muppets would write about how terrible it was that iOS/Android had no competition and then how terrible it was that Canonical was investing in (free software!) compositing and convergence."

Shuttleworth explained in a blog post a few days ago that Canonical would be shelving investments in Unity8, the phone and convergence shell, moving the Ubuntu desktop back to GNOME for Ubuntu 18.04 LTS.