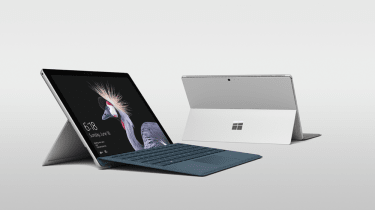 The new Surface Pro will launch in the UK and 26 other markets on 15 June.

We round up the features, release date and price rumours, plus all the latest news to keep you on top of Microsoft's latest hybrid device.

23/05/2017: Microsoft has finally revealed the next Surface Pro, although it's not called the Surface Pro 5.

Instead, the company has decided to drop the numbering, meaning the Surface Pro 4 follow up will now be simply called the Surface Pro. Announced at Microsoft's Shanghai event on Tuesday, the new device promises to be the "fastest, lightest and most powerful Surface Pro yet". 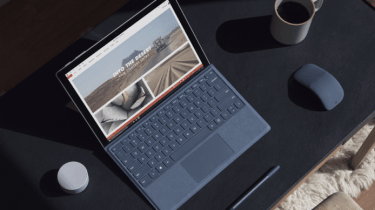 At first glance, it looks identical to the Surface Pro 4, featuring the exact same 12.3in screen, although Microsoft said it would be 20% brighter. It is also capable of lasting 13.5 hours between charges, which is a vast improvement over its predecessor.

It appears Microsoft is following in the footsteps of Apple's recent approach to iterative design. Apple's recent iPad refresh is only available in two styles: the iPad and iPad Pro, dropping monikers like 'Air' to make it easier for customers to compare products.

"People's expectations for what their devices should help them accomplish are high - and the Surface team works to exceed those expectations," said Panos Panay, Microsoft's corporate VP of devices, speaking at the Shanghai event. "People want beautiful and powerful devices, with all-day battery life and amazing digital inking experiences. The new Surface Pro delivers all that and more, building on our heritage of pushing the idea of a 'computer' forward while harnessing all the innovation of Windows 10 and Microsoft Office 365 to empower people to do their best creative work."

The refreshed device will once again be available in a range of specifications built around three Intel processors. Two models, the 4M and Core i5, will be fanless, while the more powerful i7 promises to be the "quietest Surface Pro ever released", though will presumably feature a fan.

The hinge found on the Surface Pro 4 has been improved, allowing for reclining of up to 165 degrees, which should make it easier to write and draw while using the stand.

Another confirmed rumour is the inclusion of a new range of Surface keyboards finished with alcantara fabric, the same material found on the Surface Book and Surface Pro 4 'Signature' keyboards.

Microsoft has also promised that 4G LTE connectivity will be available later in the year, which would be a great addition for those who use the device on the go.

Preorders for the new Surface Pro are now open, which will be released in the UK and 26 other markets on 15 June.

The new Surface Pro will launch in the UK and 26 other markets on 15 June, Microsoft has confirmed, and pre-orders are open now.

The new Surface Pro runs a 7th generation Intel Core processor, which Microsoft reckons improves its speed by 2.5 times over the Pro 3, and 20% over the Pro 4.

It also boasts up to 13.5 hours of battery life, Redmond claims, though we're yet to put that to the test - it probably won't hit that if you're using it all day for work.

Microsoft has focused on security with the new Surface Pro, adding a TPM 2.0 chip that procues cryptographic keys, and allowing you to use Windows Hello to sign in with facial recognition.

That relies on the front-facing 5.0-megapixel camera, and there's also an 8-megapixel rear-facing camera - both sport 1080 HD video too.

Unlike the Surface Pro 4, whose chassis could only rotate to 150 degrees, the new hinges on this year's model give it a range of 165 degrees.

The screen remains a 12.3in PixelSense touch display, but new Surface Pens that offer improved sensitivity and the ability to shade won't come out until after the Pro's release.

Microsoft has always pretty consistent with its Surface Pro pricing structure, but Brexit saw Redmond hike prices across the board (Apple did the same). The entry-level Surface Pro was available for 749, and now the new Surface Pro costs 800 - a 7% increase.