Is the HTC U the first squeezable smartphone?

Twitter video shows HTC U will embed sensors in frame 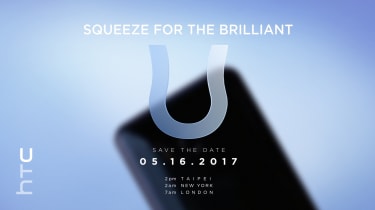 HTC is set to launch a new smartphone that can be squeezed to allow users to control features on the handset.

The new HTC U phone, previously codenamed Ocean, will have sensors embedded within the frame that will pick up if a device has been squeezed.

The feature was demoed in a short video clip posted by the firm on Twitter stream, confirming previous leaks about the feature by Evan Blass. The video shows off the pressure-sensitive sides of the phone, but doesn't show anything happening on the device's screen.

The feature, which is slated to be called Edge Sense, of Sense Touch, can be customised to respond differently to long or short squeezes.

The clip also gives an indication of the look of the phone, with the device sporting a slim, curved form factor. Various sources have said that the new phone will boast a Snapdragon 835 SoC processor, a 5.5-inch display, 4GB of RAM and 64GB of storage. The processor is the same one that features on the North American Samsung Galaxy S8 and S8 Plus devices.

The device will also feature HTC's marmite-like UI Sense 9 and, controversially, is set to ditch the headphone jack, a la Apple's iPhone 7.

The phone is set to launch on 16 May with an invite sent to press with the tagline "squeeze for the brilliant". HTC will stream the event live from Taiwan on its website, starting at 7am.