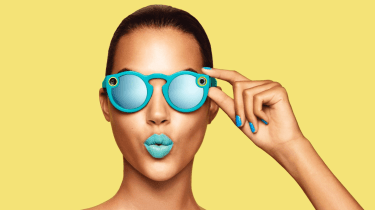 The digital sunglasses allow users to capture video from their own perspective, automatically saving it to their Snapchat account for easy sharing. A button on the top rim of the Spectacles activates the video recording. The Specs come with a case that doubles as a charger for the device, and a light on the front of the glasses indicate when a video is being recorded to help avoid privacy concerns.

Snap, the company behind Snapchat, has been busy this year, releasing four significant updates to the social media app since January a well as extending into hardware with the Spectacles.

Snap markets the Specs as a "toy," no surprise given its base is teenagers using Snapchat. While the fun focus helps differentiate Snap's Specs from the much less trendy Google Glass, the video-capturing glasses have already been used to capture images during surgery, suggesting there may be a business case for the glasses.

Specs can be purchased from Snapbots, bright yellow vending machines that pop up in major cities around the world. Snap Spectacles can also be bought online for 130. Get yours here.