The law comes into force today, it has been announced 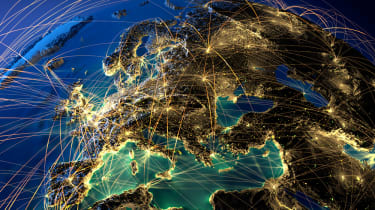 After ten years of campaigning, EU citizens can now be safe in the knowledge they won't be subjected to extortionate roaming charges when travelling outside of their country.

"From now on, citizens who travel within the EU will be able to call, text and connect on their mobile devices at the same price as they pay at home. Eliminating roaming charges is one of the greatest and most tangible successes of the EU."

The consortium of organisations said the ruling had been a long time coming and it was only made possible by the EU working together to achieve a joint objective. However, they wanted to stress that although it's likely to cause quite a stir in the telecommunications industry, the EU has tried to strike a balance between offering customers a better deal and maintaining profitability of mobile networks.

"At the same time, the EU has managed to find the right balance between the end of roaming charges and the need to keep domestic mobile packages competitive and attractive," the statement continued. "Operators have had 2 years to prepare for the end of roaming charges, and we are confident that they will seize the opportunities the new rules bring to the benefit of their customers."

It's not clear how the ruling will be affected when the UK leaves the EU as part of a Brexit deal, however.

"The end of roaming charges is at the foundation of the EU's Digital Single Market and is another step towards building a united and sustainable European digital society, accessible for all our citizens," Tajani, Muscat and Juncker's statement concluded.