OnePlus 5 review: can it beat the upstart Honor 9?

OnePlus does it once again, with premium specs for a bargain price 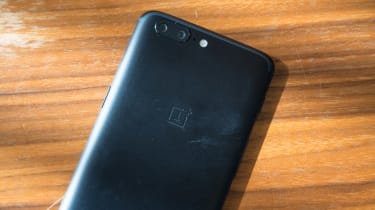 OnePlus hasn't updated the display itself since the OnePlus 3T. It's still using the same 5.5in 1080p AMOLED display as before. Some may be disappointed that the company hasn't made the jump to a higher-resolution QHD panel seen in more expensive flagships, but on the other hand this would have resulted in a more expensive device with poorer battery life. Considering that 1080p is a perfectly adequate resolution in the vast majority of cases, it's a tradeoff we're perfectly happy with.

One change that OnePlus has made is adding the ability to switch between different colour modes on the fly. Specifically, users can choose between the default colour profile, sRGB, DCI P3 and custom modes.

Colour accuracy is a bit of a mixed bag across the various colour profiles, with sRGB proving to be a slight disappointment. Overall though, the display is good, with a very capable brightness of 419cd/m2 and strong, vibrant colours.

Sadly, rumours of a 4,000mAH battery proved to be inaccurate. The OnePlus 5 uses a 3,300mAh battery, just like its predecessor. That's still a competitive size, though, and the OnePlus 5 handily proved this by racking up an astonishing 20hrs 40mins in our battery benchmark tests. This is comfortably at the top of what we'd expect from a mid-range device and  once again  it's on par with the S8 Plus. 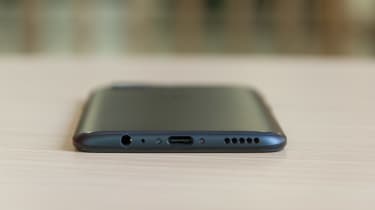 In the event that the OnePlus 5 does run out, it's compatible with the company's proprietary 'Dash Charge' fast-charging standard, which still outperforms most other devices in terms of charging speed. The company's tagline for Dash Charge is "a day's power in half an hour", and they're not wrong. Only 30 minutes of charge time will easily get you to 50% battery, which should then comfortably last you an entire workday (with judicious power management).

As usual, the OnePlus 5 runs Oxygen OS, a custom variant of Android. The latest version is based on Android Nougat, so users can be confident that they're not lagging behind the pack in terms of the base operating system's security or features.

In addition, OnePlus has fitted its software with a couple of neat aftermarket extras, like Reading Mode. Similar to the pre-existing Night Mode, this measures the ambient light in a user's surroundings, automatically adjusting the brightness, colour temperature and calibration of the screen in order to provide an optimal environment for reading on-screen text. You can even set it to turn on automatically when you open certain apps, like Pocket or Kindle.

Another useful feature is that the OnePlus 5 features support for 34 network bands worldwide. Combine this with its dual-SIM support, and you've got a compelling argument for the OnePlus 5 as a global business device, particularly if you find yourself regularly splitting your time between regions like Europe and China.

By now, OnePlus has a well-earned reputation for creating top-class devices at a fraction of the cost charged by other manufacturers. The same remains true here. It's slightly more expensive than the OnePlus 3T, but on the other hand, it can go toe-to-toe with the spectacular Galaxy S8, so it's hard to argue that one can't justify the cost. 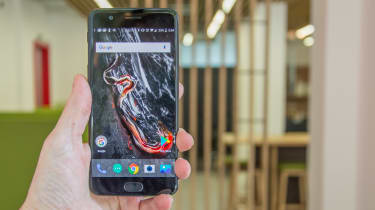 It's absolutely capable of keeping pace with any of the current crop of Android flagships, and at 200 cheaper, it's unquestionably excellent value. Throw in some substantial updates to the camera, and you've got a device that, once again, is the best mid-range phone of the year.

The OnePlus 5 has continued the company's streak of excellent devices at knock-down prices. If you want power and performance on par with Samsung's latest flagship without the eye-watering cost, the OnePlus 5 is the phone for you.