Maker of $280k smartphones forced to shut down manufacturing - report 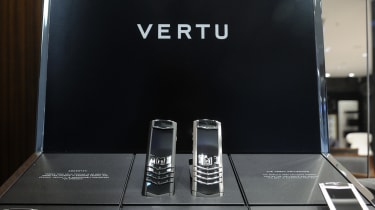 British luxury smartphone maker Vertu, which sold phones worth as much as $280,000, is shutting down its manufacturing arm, with the loss of almost 200 jobs.

The premium brand, which was originally part of Nokia, was faced with severe financial difficulties, and according to The Telegraph has today lost a High Court battle that would have allowed owner Murat Hakan Uzan to buy the firm out of administration for 1.9 million.

Uzan was seeking a pre-pack administration deal to let the company shake off an accounting deficit in excess of 128 million. The company also reportedly owes more than 2.5 million to Microsoft, from which it sub-leases its headquarters.

"Our best efforts to achieve a pre-pack administration have failed because the financial requirements specified within the negotiations went beyond the point where the new company had a chance of financial viability," a Vertu spokesman told the Telegraph. "No other part of the group is affected by this development."

Vertu is known for producing extravagant and outrageously expensive luxury handsets, which start at $10,000 and are frequently made from materials like snakeskin, gold and precious stones. But it has also attracted criticism for its use of outdated Android software.

Business has apparently been slow, however, with sales of just 9,000 units last year. A legacy manufacturer from the days before the iPhone, Vertu was slow to adapt to the smartphone revolution, something which has been blamed for the company's reversal in fortunes.

Uzan, a Turkish exile currently living in Paris, remains the owner of Vertu's various design and technology licenses, and the Financial Times reports that a source close to him indicates he intends to restart the company in some form.