However, Vodafone is quickly catching up, while O2's performance was comparatively poor 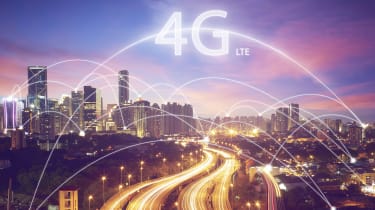 The UK's four main mobile networks are battling over control of the country's major regions, according to new research, with no one provider achieving total dominance.

Rootmetrics has revealed the four main UK networks all have hold over a country in the UK, with EE claiming top performance in England, Vodafone occupying the top spot in Northern Ireland and Three winning in Scotalnd and Wales.

EE is still the overall leader in market penetration, with its customers able to access 4G services across 90% of the UK. Vodafone's 4G network seems to be improving, with it having coverage across 82% of the UK, closely followed by Three with 81%. Trailing behind was O2 with only 67% of the UK covered by its 4G network.

"These latest results have really shaken things up and show the increasing competitiveness in the UK, particularly over the last six months," said Scott Stonham, general manager of Europe for RootMetrics.

"EE continues to lead the way, but Three and Vodafone are close behind. What is clear is that each operator showed strong performance in at least one particular country, while nobody was able to sweep the board at the four-nations level. UK consumers have strong mobile options depending on how and where they use their devices most."

However, performance of the four networks varies across the UK. Vodafone was the strongest competitor in Northern Ireland, winning the call performance award for most reliable service in the country, while O2 also showed promise, although it was only the best-in-class for text messaging in the region. As well as being the top overall provider in Scotland and wales, Three also won the award for most reliable network in England.

However, Rootmetrics' research also shows that some improvements are needed before everyone in the UK can take advantage of high-performing networks.

"With new UK spectrum allocations soon to be auctioned in the run up to 5G, these performance results provide a snapshot on the competitive balance between the UK mobile operators now, and highlight which operators most need to acquire new spectrum capacity if they are to be a future mobile performance winner."