The iPod Touch is now the company's only standalone music player 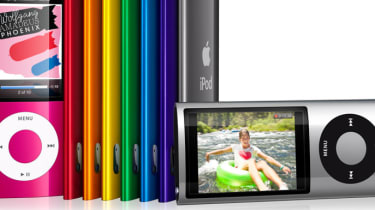 Apple is killing off the venerable iPod Nano and iPod Shuffle, leaving the iPod Touch as the company's only standalone music player.

The devices have been removed from Apple's web store, and will soon be removed from the company's physical locations as well. To make up for it, however, Apple has bumped up the capacity on the iPod Touch, moving from 16GB and 64GB tiers to 64GB and 128GB, sold at the same price as the previous allocations.

The non-touch iPods were last updated in 2012, and only supported music purchased or imported from iTunes, and did not support streaming services like Spotify or  more importantly  Apple Music. They also did not support third-party apps.

Services  including Apple Music subscriptions, App Store revenues and iTunes purchases  make up Apple's second-largest revenue stream after the iPhone, but the older iPod models were mostly unable to contribute to this, due to a lack of support for apps and services, while the iPod Touch can.

The original iPod, which was discontinued back in 2014 after the company found it was no longer able to source the necessary parts for its manufacture, became something of a cultural icon due to its ubiquitous nature, stylish design and savvy marketing.

The two newer devices, introduced in 2005 and marketed primarily at fitness enthusiasts due to their suitability for use while exercising, were less instantly iconic, but nevertheless maintained a loyal and healthy fanbase.

Fans of the devices took to Twitter to express their sadness at its passing.