Could the company launch its own Snapchat service? 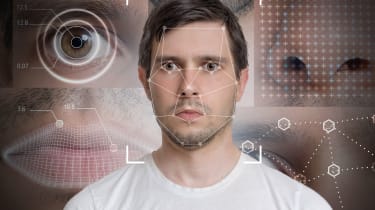 Google's latest acquisition is Belarusian AI startup AIMatter, which has built a neural network to recognise images on mobile devices and edit them on the fly.

The company is behind imaging app Fabby, which allows users to improve photos on their device or add funky features, such as changing hair colour or removing the noisy background.

AIMatter can also detect certain features of a photo - such as whether a subject is male or female and map areas of a face, such as where the eyes, mouth and nose are. The underlying technology bears similarities to key features of Snapchat, with a wide variety of 'masks' available for adding to faces, aligning the features to a face in a picture.

Google is yet to issue a formal statement about its latest purchase, but did say to TechCrunch: "We are excited to welcome the AIMatter team to Google," while AIMatter's website reads "We're excited to announce that the team is joining Google!"

Google is currently putting a lot of weight behind developing and expanding its AI and machine learning capabilities. The company has declined to reveal exactly how it will use AIMatters' technology, but the machine vision elements could be transplanted into Google Photos to help with the automatic categorisation and sorting of pictures, which is becoming one of the service's major features.

The face-tracking and mask technology could also be used in the company's augmented reality efforts, such as Project Tango. Additionally, it could be used to integrate Snapchat-style features like masks and filters into some of its existing camera apps. This tactic has been used by other tech companies, including Facebook.

Whatever the reason for buying the Belarusian startup, the search giant definitely wants to make its mark on the imaging and AI industry with a huge number of recent acquisitions under its belt including Halli Labs, Owlchemy Labs and Eyefluence.