Nokia 8 review: a blast from the past

Nokia returns from the dead with an affordable flagship smartphone 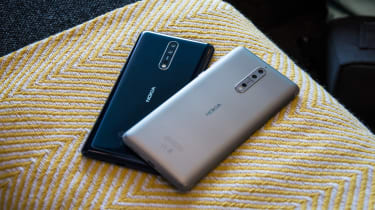 High-end specs are a must for any modern flagship, and the Nokia 8 delivers here. It's fitted with a Snapdragon 835 processor, and HMD has worked with the folks over at Qualcomm to make sure that it's as optimised as possible. This is paired with 4GB of RAM, adding up to an internal configuration that should rival the likes of the Samsung Galaxy S8.

Sure enough, when we put it through our benchmark tests, the Nokia 8's scores were just fractionally behind that of Samsung's latest flagship, and well ahead of the company's other recent devices. In everyday use, the phone was smooth and responsive, with no noticeable performance issues.

It comes with 64GB of storage as standard, and thanks to a deal with Google, Nokia 8 owners get free unlimited storage via Google Photos for all their pictures and videos - something that only Pixel owners have benefitted from up until now. If that's still not enough, one of the Nokia 8's dual-SIM slots doubles up as a microSD card slot to further expand the storage. There's also a fingerprint reader for biometric authentication. 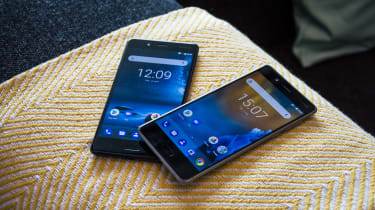 Another interesting security feature is that Google will update the Nokia 8 with the latest Android security and feature patches, following swiftly behind the company's first-party devices. It's also running pure, stock Android, rather than a modified, reskinned version, which presumably makes this update process easier.

Unlike flagships from other manufacturers, the Nokia 8 doesn't offer much in the way of business functionality or enterprise-specific features. What it does have, however, is Nokia's assurances that the phone won't be far behind Google's own-brand Pixel devices in receiving the latest security updates, which will be music to the ears of IT departments worried about the relative security of Android phones.

As smartphones advance, battery life is becoming one of the most important differentiators. The Nokia 8 has a 3050mAh battery, which is markedly less than some other smartphones, but HMD claims that effective thermal management means it can squeeze a day and a half of use out of the 8. It uses a custom heat pipe and graphene shielding to dissipate the heat across the phone's whole body, eliminating hot spots and conserving thermal efficiency.

With a battery life of 18hrs 46mins, according to our tests, the Nokia 8 happily lives up to those claims, too. It's easily enough to see you through a full day with charge to spare for when you get home, and it's on par with the best smartphones on the market. Thankfully, even if you do end up running out, Nokia has included QuickCharge 3.0 compatibility, meaning you can juice back up in no time at all.

The Nokia 8 is a very competent phone. There's nothing it does badly and, indeed, some things it does quite well. It's almost as powerful as the mighty Galaxy S8, for example, which is no mean feat, and boasts a battery life of nearly 20 hours. It's also running stock Android, which is surprisingly rare to see.

The problem is that the Nokia 8 isn't terribly different or exciting. It's perfectly acceptable, and has decent technical specs, but there's also nothing to draw you in. The only unique and interesting thing that the Nokia 8 has going for it is the Dual-Sight camera, which feels like a gimmick rather than a feature. 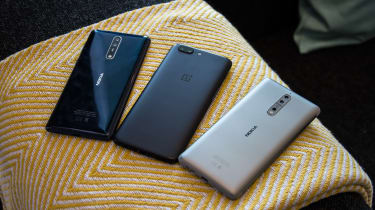 It is, however, very reasonably priced for a flagship smartphone. Starting at 499, it's just 50 more expensive than the OnePlus 5, and a full 100 cheaper than the Google Pixel. This is a rather attractive price, especially given its pedigree.

The Nokia 8 is an excellent phone, and while it doesn't pull much out of the bag in the way of extra bells and whistles, it's good value for those that are just after a phone that will match the performance and battery life of flashier devices like the Galaxy S8. It may not have the 'wow factor', but the Nokia 8 is a sterling all-rounder that's well worth your time.