Our phones and tablets should come with an expiry date, argues Barry Collins 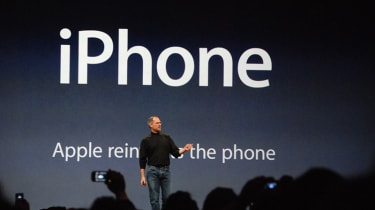 Can you hear that screaming? That's the sound of millions of Apple owners discovering that their devices have just been placed on death row. A lethal injection for the wallet, if you will.

Every year, Apple releases a new version of iOS, and every year a new set of Apple device owners find they're not going to receive the upgrade. My iPad 2 has already been handed the death sentence, now terminally saddled with 2015's iOS 9 for the rest of its useful life, while my three-year-old iPad Air is braced for the bad news next year, having just about made the cut for iOS 11, which will come out this autumn.

Granted, even if your device can't update to the latest operating system, it'll still work; but I use "work" in the loosest possible sense of the word. My iPad 2 ran perfectly smoothly on iOS 8 but iOS 9 was already a step too far. Ever since I upgraded, it's been running like Boris Johnson through a hot tub of treacle. Apps take an age to open, prods often fail to elicit a response and that spinning wheel has become a despairingly common sight.

You can't help feeling that Apple pushes devices to their very limits so that you end up resigning yourself: "My iPad's got awfully sluggish, time for a new one".

It's not only performance that suffers when your Apple device starts lagging behind iOS updates; its apps do, too. Some of the latest apps demand iOS 10, while others specify that your device isn't supported in the small print of their app description. But unless you're keenly tuned to Apple's device schedule, how the blinking hell are you supposed to discern if your device meets requirements such as "iPad 3 and upwards"? Even Apple stopped referring to its iPads by version number some time ago. No wonder so many apps get one-star reviews from people furious that they've paid a fiver for an app that's not compatible with their device.

Some good old-fashioned honesty is called for. Do you remember a few years ago, when there was a big fuss about England releasing a new football shirt every six months or so, forcing beleaguered parents to hotfoot it down to Sports Direct and hand over another 50 so young Tarquin wasn't beaten up for wearing last season's kit? To solve the problem, the kit manufacturers were forced to sew a label into the kit, showing exactly when it would be retired -- although the England team arguably solved the problem themselves by being so irredeemably awful that kids would rather be caught down the park in their mum's underwear than parade their allegiance to the nation's disgrace.

A similar scheme could be applied to iPhones, iPads and the like. Etched on the back of the device, alongside the "Designed in California by magical pixies" guff could be an expiry date, showing exactly when the device will effectively be retired from service, unable to receive the latest updates.

It would take a little foresight from Apple, but when you're paying anything up to 769 for a tablet, that's not a tremendous amount to ask. After all, nobody wants an Apple that's past its sell-by date.