Google Pixel 2: What to expect from today's event 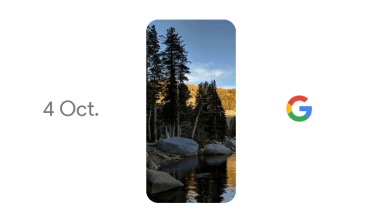 Google's Pixel event is finally upon us, and if last year's showcase is anything to go by, the "Made by Google" hardware brand is likely to see some shiny new additions.

This time last year Google made its first foray into both smartphone and smart assistant markets, with the launch of the Pixel and the Google Home speaker. Although these headlined the show, we also saw the launch of its Daydream View headset, its answer to the virtual reality craze, and the launch of Google's mesh-Wifi, promising to end dead spots.

That drive into the hardware market is unlikely to slow down this year, and today's Google event is likely to showcase a host of new gadgets, as well as refinements to existing ones. However, the thing that has everyone talking is its next-generation smartphones - the Pixel 2 and Pixel 2 XL.

Google has now shared a link to a livestream of the event, which is expected to begin at 9am PDT/ 5pm BST.

When the Pixel 2 is finally announced, there will be very little Google will be able to surprise us with. As is the case with pretty much every other major smartphone release, most of the Pixel 2 specs and details have already been leaked.

The smaller Pixel 2 is unlikely to see much in the way of major change, at least on the outside. In fact, most of the attention will be drawn to the Pixel 2 XL, which is rumoured to feature a curved QHD display, with a screen-to-body ratio similar to the iPhone X and the Galaxy S8, suggesting the XL is joining the super-slim bezel club.

Sources speaking to Android Authority suggest the smartphones will use Qualcomm's latest Snapdragon 835 processor, 4GB of RAM, and 64GB or 128GB storage options. Although the single lens camera will make a return, it's likely to receive some serious software upgrades, including support for optical image stabilisation for both front and rear cameras.

For a full roundup of all the latest Pixel 2 rumours, head to our hub.

It's been some time since Google made any moves with ChromeOS, and the platform was was noticeably absent from last year's Pixel event. Until now it appears the company was content with letting third-party manufacturers like Acer and HP dictate the future of the Chromebook, however Google is rumoured to be announcing its return with the Pixelbook - a tablet-Chromebook hybrid.

According to Droid Life, the Pixelbook will be a 2-in-1 Chromebook featuring an entirely revamped design to that of its predecessor, the Chromebook Pixel laptop. It's also rumoured that Google will be selling a stylus for the first time, dubbed the Pixelbook Pen, which will be bundled with the Pixelbook.

If the rumours are true, the Pixelbook will start at $1,199 (around 887), going up to $1,749 (around 1,294) depending on the specs you opt for. That puts it squarely in the same price bracket as Microsoft's Surface Pro range, arguably the king of 2-in-1 ultraportables. Reports also suggest it will be available in 128GB, 256GB and 512GB variations, which if true would be a surprising deviation from the Chromebook standard that favours cloud-based storage over chunky hard drives.

Having launched its first foray into the smart speaker market a year ago with the Google Home, Google appears to be ready to launch a miniaturised version of its system to rival the Echo Dot. Rumours suggest the Google Home Mini will cost around $49 (near 40), which will be a perfect choice for those that want access to Google's assistant, but don't necessarily need that larger speaker. Its arrival will also bring a host of new colours, while retaining that mesh look of its larger sibling.

Surprisingly, Google is also thinking big with its home speaker, and is reportedly getting ready to unveil yet another entry. The larger device, known as Google Home Max, seems to be Google's attempt to compete with Apple's upcoming HomePod, featuring a more premium design and better hardware, although specific details are scarce.

Although the virtual reality craze is beginning to tire, Google is also reportedly gearing up to launch its second attempt at its headset, known as Daydream View 2, almost exactly a year after its first.

Images secured by Droid-Life of the device show a number of subtle changes to its design, including the closing of the gap between the front flap and the headset that would tend to let in too much external light on the first model. It's also likely that Google has been tweaking the internals of the headset, but we'll have to wait until later today to see what changes have been made.

One of the more contentious changes to the Pixel 2 will be the removal of the 3.5mm headphone port, meaning users will be reliant on USB Type-C headphones. However, 9to5Google managed to unearth some references to the Google Assistant while digging through Google App 7.10 beta files, suggesting Google is working on a wireless solution.

Much like Apple's AirPods, it would take the sting out of being forced to ditch widely available 3.5mm headphones, but let's hope the price is a little easier to stomach.