Sony's Xperia XZ1 brings 3D image scanning to smartphones, but is it worth your cash? 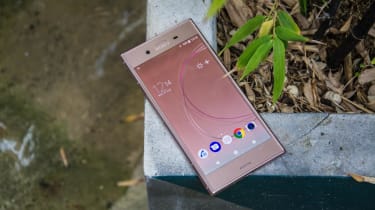 Smartphones are beginning to put a lot of faith in unique gimmicks in a frenzied effort to stand out from the crowd. Case in point: HTC's squeezy phone -- the U11 -- was equipped with pressure-sensitive sides for quick-launching applications. Remember it? No, we don't either.

But who can blame them? At a time where smartphones are essentially big rectangular slabs of metal and plastic, it's getting trickier for smartphone firms to stick out from the masses. Sony's new mid-range Xperia XZ1 joins this pack of showoffs, with a 3D-scanning feature unlike any other, but is it enough to get ahead?

Sony Xperia XZ1 review: What you need to know

The Xperia XZ1 is Sony's (slightly cheaper) alternative to its flagship XZ Premium. It's not quite as low-priced as its XZ1 Compact alternative, but with it comes a Full HD 5.2in display, 4GB of RAM and 64GB of onboard storage. There's a 19-megapixel camera on the back, which supports 3D scanning (more on that later), and it runs Android 8 Oreo out of the box.

Like we said, the Xperia XZ1 is only marginally cheaper than its flagship counterpart. At a wallet-shaking 600, the XZ1 isn't quite the mid-range tour de force we were hoping for. 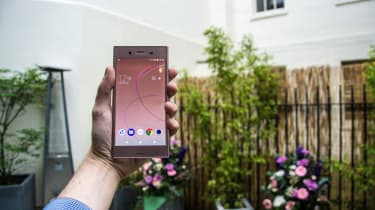 Sony's XZ1 is a familiar device to hold, feeling just like Sony's XZ Premium, with one crucial exception: it's a tad chunkier than its flagship alternative. At 7.4mm thick and weighing in at 155g, this is a handset that could do with shedding a few pounds.

That's not to say it's a monster of a phone to look at. Far from it, in fact -- the XZ1's square lump of metal is typical high-end smartphone fare, with the usual diamond chamfered edging -- a common feature these days -- complete with rounded sides. Sure, Sony could have deviated from the norm, but the XZ1 is still a swish-looking phone.

On the top edge you'll find a 3.5mm headphone jack (take that Apple!) and on the bottom is the solitary USB Type-C port for charging and faster data transfer. On the right-hand side, you'll find the XZ1's most useful feature: a power button that does double-duties as a fingerprint reader for added security.

Unbox the XZ1 and the first thing you'll notice is the 5.2in, 1,920 x 1,080 display on its front. This isn't the non-HD screen of its cheaper XZ1 Compact counterpart, no siree, there's a pixel density of 424 pixels per inch -- and it's a decent display at that.

Given the bog-standard Full HD resolution -- especially for a 600 phone -- you'd think the XZ1 is rocking a pretty bland display, but that's not the case. The screen is gorgeous, especially on the "professional" display mode, covering 99.6% of the sRGB colour gamut. Colours are accurate across the spectrum, with an average Delta E of 1.39 (anything less than 1.5 is perfect).

The Xperia XZ1's display is bright at 538cd/m2 and its contrast ratio is great, too, at 1,116:1. Viewing everything from movies to pictures look phenomenal on this screen, no question.

Internally, the XZ1 is powered by an octa-core Snapdragon 835 chip, the same processor found in the XZ Premium and Samsung's fresh-faced Galaxy Note 8. Pair that with 4GB of RAM, 64GB of onboard storage and Android 8 Oreo straight out of the box, and the XZ1 is generously well equipped.

And, as you can expect, the XZ1 shrugged off our suite of rigorous 4K benchmarks. Geekbench 4's multi- and single-core processing tests didn't pose much of a risk, with the Xperia XZ1 reaching 6,338 and 1,912 respectively. For comparison's sake, that doesn't deviate much from other Snapdragon 835-equipped handsets such as the OnePlus 5, Nokia 8 and Samsung's Galaxy S8 flagship.

It's no surprise the XZ1 can handle any Android game you throw at it, too. Just in case you were dubious, the XZ1 reached an average of 59fps in GFXBench's Manhattan 3 onscreen test, and 50fps off-screen. Even graphically demanding games such as Sky Force: Reloaded can be played without any hassle.

Battery life, on the other hand, is an area where the XZ1 doesn't do so well. Reaching 11hrs 53mins in our continuous video-playback test might not sound so bad, but stack it up against its competitors and the XZ1 falls flat -- with the OnePlus 5 lasting more than 20 hours away from the wall socket. 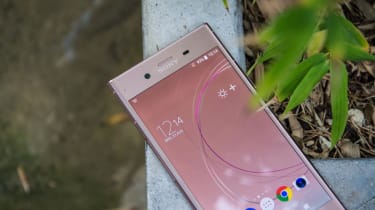 From a quick glance at the XZ1's headline specs, the camera looks fairly unassuming. A 19-megapixel resolution and an aperture of f/2.0 is decent enough, however, and it's poised to be one of 2017's best.

The XZ1's snapper keeps the XZ Premium's "predictive" phase-detect and laser autofocus for quick and speedy shooting in all manner of lighting conditions. Where the XZ1 shines is in its high pixel count. Images looked much crisper than those taken with say the OnePlus 5, even if shots did tend to look a touch oversaturated -- just like with the XZ Premium.

And, again, Sony's camera seems to have a tendency of oversharpening images, while losing some of the more subtle details. Low-light performance isn't particularly impressive either, producing images with plenty of visual noise and heavy grain. This isn't a camera for darker shots, but it's a decent snapper nonetheless.

But the feature we're really here to talk about is the 3D-scanning technology.

How does it work? Simply use the rear camera to map a face, head, some food or a freeform object, follow the dotted lines onscreen and tap Confirm. It's not fiddly, and it's not picky about lighting either: it's fancy 3D-imaging tech that should just work.

Except it doesn't quite. Results are inconsistent, which I suspect is largely due to lighting conditions and the speed with which you pan the camera around the object. Facial and head scanning isn't too bad, with plenty of detail, although our test scans did produce some scarily flat-looking faces. It might be a neat little trick in a pinch, but this isn't something to sway your buying decision.

I suppose what's most impressive is that the post-processing isn't performed on some server somewhere: the rendering is performed entirely on the handset itself. It may not have any practical uses just yet, but it serves as a great impression of what to expect in the future, with the potential for future partnerships with its PlayStation division on the horizon.

Sony's Xperia XZ1 is an impressive mid-range handset. Aside from the 3D-imaging gimmicks, the XZ1 is still a top-class smartphone, with bang-up-to-date internals; a bright, clear display; and a design befitting of 2017's other swish-looking handsets. But you can't escape its towering price tag.

We'll say it again, but Sony's Xperia XZ1 is 600. That's just barmy -- especially when Apple's new iPhone 8 starts at just 100 more. You'll just pick that up instead, right? Although impressive, its 3D-imaging tech has seriously jacked up the asking price, and for no good reason.

And with the Galaxy S8 finally dipping below 550, the Xperia XZ1 is impossible to recommend. Should Sony's latest take a nosedive in price in the near future, we might be more inclined to suggest it, but as it stands the Xperia XZ1 isn't worth the lofty price of admission.

Aside from the 3D-imaging gimmicks, the XZ1 is still a top-class smartphone, with bang-up-to-date internals; a bright, clear display; and a design befitting of 2017's other swish-looking handsets. But you can't escape its towering price tag.