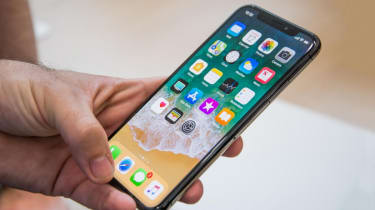 App intelligence company Sensor Tower thinks iPhone users in the US will spend around $88 a year on apps and services by 2020, an 86% increase over 2016.

The company's research looks at the growing amount of money people are spending on downloading apps and games on the smartphone platform. It found that downloads are rising at a rapid rate as people value the extra content and functionality that paid-for apps and in-app purchases provide.

The company said the amount spent on apps by the end of next year should be around $77 per iPhone owner, increasing by $10 per person until 2020. At present, it stands at an average of $63 per person, per year.

Sensor Tower thinks the majority of sales will originate from games rather than apps, although entertainment and music will also contribute to the rising revenues. It credits the likes of Netflix and US service HBO Now for the rise in popularity of paid apps, although the company thinks entertainment will overtake music as the second most popular app category later this year.

The company used the data it holds on App Store revenue from 1st January 2012 up to 31st December to calculate how much it thinks people will spend on apps in the future. Some of its predicted forecasts also take into account the number of active iPhones in circulation and how this is set to grow over the next few years.

It added that figures represent consumer spend before Apple's platform fee of 30%, and don't include taxes or revenue generated from subscriptions or first-party apps and services, such as Apple Music.