Cupertino is likely to release a new budget iPhone in 2018 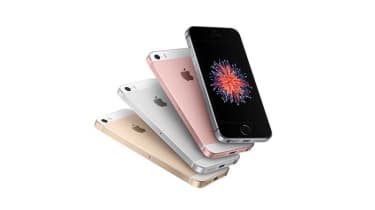 Apple's 'budget' iPhone SE has been around since 2016, meaning it has missed the yearly refresh the Cupertino company gives its smartphones.As such, the iPhone SE is due an update, with it looking likely that 2018 will see the debut of the iPhone SE 2.

Apple naturally keeps tight-lipped about all of its products so we are not likely to hear anything official about the next iPhone SE until at least Spring 2018.But there are plenty of rumours about the specification, feature and potential release date of the iPhone SE 2, which we have rounded up for your reading pleasure.

24/11/2017: Apple will release the follow-up tothe iPhone SEin the first half of 2018, according to a Taiwanese news website.

AlthoughEconomic Daily Newshasn't revealed any details about the next-generation budet iPhone SE, except that it's likely to be manufacturedby Taiwanese manufacturer Wistron at its factory in Bengaluru, India, the iPhone SE 2 is likely to take onboard some of the new features launched alongsidethe iPhone 8.

However, Indian websiteTekz24has previously revealed the low-end handset will run on Apple's A10 Fusion chip, boasting 2GB of RAM and available with 32GB and 128GB storage.

Other rumoured features include a 12-megapixel rear camera, a 5-megapixel front-facing camera and a beefier battery with a capacity of 1,700 mAh. It's likely to keep the same form factor though, with a 4-inch display rather than the larger 5.5-inch screen seen on the iPhone 8.

The design is likely to undergo a bit of an overhaul though, if the most recent iDevices are anything to go by. It's unlikely we'll see an edge-to-edge display like the more premiumiPhone X, but it could launch onto the market with a sleeker overall feel.

This is the second rumoured we've heard regarding the follow up to the iPhone SE, with another news source - Focus Taiwan also suggesting the device will launch at the beginning of next year. This would also seemingly coincide with the anniversary of the original iPhone SE's launch, which was unveiled on the 26 March 2016.

The iPhone SE is due an update, as Apple hasn't refreshed the range greatly since it was launched two years ago. It has boosted storage to 64GB and 128GB though, so maybe we'll see a wider variety of storage options launching with the iPhone SE 2.

We would expect the iPhone SE 2 to be of a similar price, possibly a little more expensive due to currency inflation, but not likely to be more than 50 higher than its predecessor.

Given the demands put on storage, we would not be surprised to see Apple drop the 16GB model and adopt 32GB as the entry-level or simply only offer a 64GB handset.

Apple needs to make the next iPhone SE standout from its predecessor and embrace a solid dose of modern design. This could see it adopt an all-screen design similar to the iPhone X, though we hazard a guess and say it will not have the fancy sensor leaden screen notch that houses the iPhone X's Face ID technology.

An all-glass design could make an appearance, but it is just as likely the iPhone SE 2 will have an aluminium rear machined to Apple's usual high-standards.

Beneath the chassis, Apple is likely to put either its A10 chip found in the iPhone 7, thereby using up any surplus slices of silicon and keeping the handset's price down.

Or it could put its A11 Bionic chipset into the iPhone SE 2 in a bit to make another handset that has plenty of power to run advanced augmented reality apps, something Apple has been looking to push lately with the iPhone 8, iPhone X and its ARKit development tools.

RAM will probably sit between 2GB to 4GB, while as mentioned on-board storage will likely come in 32GB and 64GB guises. 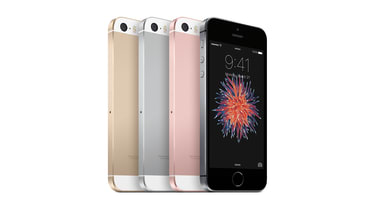 The display is likely to be where the iPhone SE 2 stands out. Various signs point towards it measuring in at 4.2-inches rather than 4-inches, but we would be surprised to see that get stretched to around 4.7-inches if Apple embraces a bezel-less display.

At that size, the iPhone SE 2 will probably sport a 1920 x 1080 resolution Retina display, which KGI Securities analyst and all-round Apple guru Ming-chi Kuo predicts will be be of LCD-TFT construction rather than feature a more expensive OLED screen.

That being said, there a good chance the iPhone SE 2 will still have a home button to incorporate Apple's Touch ID fingerprint scanner, and given the home buttons iconic status, Apple may not be ready to leave it behind as it has done with the iPhone X. Rather precision engineering will see Apple slim the bezels and dimensions of the iPhone SE 2 to incorporate a larger display without sacrificing other beloved features.

If Apple increased the display size of the iPhone SE 2, the it will likely increase the battery size as well.

The original iPhone SE had a battery with a 1,640mAh capacity and that is expected to rise to 1,700mAh, though Apple could push the battery capacity a little bit further.It is likely there will be enough electrical juice on tap to keep the iPhone SE 2 going for a good day's worth of solid use.

The iPhone SE has a 12MP rear-camera and a 5MP front-facing camera, and its successor will reportedly have the same configuration.

However, Apple has been improving the cameras in its iPhones, so we can expect to see proper upgrades and possibly a dual rear-camera array, similar to that of the iPhone 8 Plus, after all Android phones for the same price now sport such camera setup.

Even if not much is improved on the hardware side, we would expect Apple to have given its software a nip and tuck to delver better smartphone photo results over the capabilities of the iPhone SE.

As it is the entry-level version of the iPhone family, the iPhone SE 2 is not likely to be flush with features.

Face ID will almost certainly not make an appearance, but it would not be beyond the realms of imagination for the handset to have wireless charging like the iPhone 8.

AR-centric features are also a strong possibility, if Apple puts an A11 Bionic chipset into the new iPhone SE, likely working in tandem with the handset's cameras and potentially larger display.

In the unlikely case that the iPhone SE 2 has an all-glass design, then it will likely ape the Silver and Space Gray colours of the iPhone X.

If is has a more traditional aluminium construction, then the iPhone SE 2 will probably have the same colours of its predecessor; Space Grey, Silver, Gold and Rose Gold.

No doubt more details and snippet of information will crop up as we enter 2018, but until then there is still plenty to mull over on what exactly the iPhone SE 2 will look like and when it will make its debut.