The iPhone is the most popular smartphone in the UK 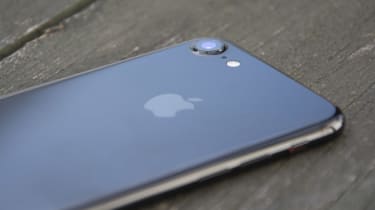 The iPhone 7 was the bestselling smartphone in the UK during the third quarter of 2017, with the company taking 34.4% of the total smartphone market share in the period.

Samsung also performed well, taking 34% of the smartphone share, while Huawei snatched 13% and Alcatel 4% of sales according to Counterpoint's research into the bestselling smartphones in Q3.

However, Counterpoint's research also revealed the phone market as a whole remained pretty flat, mostly down to feature phone sales reducing by 8% year on year.

"The Apple iPhone 7 was the bestselling smartphone and contributed to 15% of the total smartphones sold in Q3 2017," research director Peter Richardson, said. "Samsung's Galaxy S8 and S8 Plus were second and third. Samsung also has a strong range across all price bands and it, together with Huawei, provided a strong volume platform that was resilient to attack from most other brands."

He added that although Apple launched a new generation of devices at the end of the quarter, which would usually see a slow-down of a manufacturer's growth, premium device sales continued to grow. This meant Apple was able to dominate the market, contributing the highest market share of all manufacturers.

"The UK is one of the strongest markets for Apple globally and this is reflected in the premium segment's share of the market overall," Richardson said.

Samsung also performed better than some of the more lower-end manufacturers, taking almost a third of the premium smartphone market, confirming it's pretty much a two-horse race at the more expensive end of the mobile pricing scale.