The latest court case relates to the way the device multitasks, saves power and manages photos 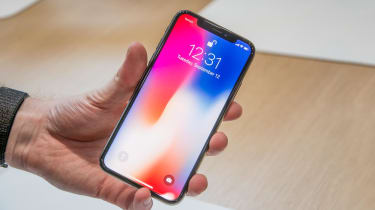 Qualcomm wants the iPhone X banned in the US because Apple apparently infringed the chip maker's patents, including some relating to improving bandwidth in devices, saving power and enhancing photos from the rear-facing camera.

The company also said Apple copied some elements of the Palm OS, which Qualcomm obtained the rights to in 2014, when it bought many of Palm's patents.

"All of these Palm inventions - owned by Qualcomm - have vastly improved the functionality of mobile devices and the user experience, and all of them are widely found in Apple products without license or permission," Qualcomm said in its filing.

The announcement comes shortly after Apple threw yet more fuel onto the Qualcomm/Apple fire, alleging the chipmaker had infringed its own patents, specifically relating to how its processors manage power on devices. However, Qualcomm insists that it did not issue this fresh appeal after Apple filed its lawsuit, saying it was always on the cards.

"You can't react that quickly to file lawsuits," Rosenburg told The San Diego Union-Tribune. "We were in the process of filing three new district court cases in San Diego today, and one new ITC case in Washington, D.C. Those involve a group of 16 patents that are additional to the ones we have already sued them on, and five of those 16 are ones we are suing them on in the ITC seeking an exclusion order."

Qualcomm has also asked the ITC to consider banning AT&T and T-Mobile's branded iPhone 7s too, which use Intel's chips alongside many of Qualcomm's technologies, according to the company, suggesting this fight is also about competition rather than just clear-cut patent infringement.

"Apple can import iPhones (regardless of who supplies the modems) that do not infringe the patents asserted in this action, but Apple has no inherent right to infringe Qualcomm's [non-standards essential patents] through the sale of its iPhones," Qualcomm said in its filing. "Preventing such infringement, and thereby rewarding innovation, is the very purpose for which the patent system was designed."

Qualcomm's most recent court filing against Apple happened less than a month ago when the chipmaker claimed Apple was giving rival processor company Intel information about its chips.