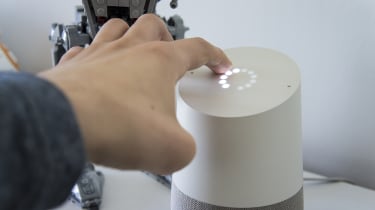 Google has released a patch for Chromecast and Android devices that were causing problems on home Wi-Fi networks.

The company revealed it had found that when some Chromecast, Google Home and other Android-powered devices wake up from sleep mode, they blast the home network with hundreds of thousands of data packets, often disrupting connectivity and causing outages on the network.

Google explained the problem was caused by a bug in its Cast software across devices. Cast allows people to beam content from their Android phone or tablet to TVs, speakers and computers.

When the device goes to sleep, data stops being sent to it. However, because it the software attempts to maintain a contact with other devices on the network, all the packets of data it would have received are sent at the same time as soon as the device is re-activated.

"In certain situations, a bug in the Cast software on Android phones may incorrectly send a large amount of network traffic which can slow down or temporarily impact Wi-Fi networks," the support post explained. "The specific impact to the network will vary depending on the router."

Google has said Android device operating on the same network as a device with Cast software installed is likely to have experienced degraded performance.

"The team has identified the issue and is actively releasing a fix, which will start rolling out via a Google Play services update this Thursday, January 18," Google said in a support post. "ln the meantime, try rebooting your Android phone, and check that your Wi-Fi router is running the most recent firmware version."

Router manufacturers including TP Link, Netgear, Linksys and Asus have also rolled out patches to their hardware to help them cope with such a bombardment of traffic.