Both could be unveiled later this month at the MWC 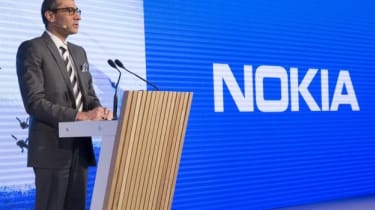 Images of Nokia handsets set for unveiling this year have been leaked on Twitter, showing what the Nokia 7 Plus and Nokia 1 could look like.

The details were leaked online by the serial tipster Evan Blass (@eveleaks) on his Twitter feed.

Nokia 7+, with Android One in tow pic.twitter.com/r5sbFUxsyx

This comes on the heels of details about the Nokia 9 and a 2018 adaptation of the Nokia 6, as reported by Digital Trends, with a possibility of these models being announced at Mobile World Congress (MWC) in Barcelona later this month.

Previously leaks in a GeekBench listing spotted by GSM Arena indicated a Qualcomm Snapdragon 660 processor with 4GB of RAM for the 7 Plus. The handset features a slim-bezel display with the Android One logo embedded on its back. The model seemingly has rear Zeiss cameras with an LED flash and fingerprint sensors included just below the rear cameras.

The operating system for the Nokia 7 Plus has been listed as Android Oreo and though there has been no mention of its battery capacity, leaks from China indicated that the model will be charged with a USB Type-C and quick-charge technology.

The Nokia 1 meanwhile will reportedly have a single rear camera while the Nokia 7 Plus is shown to have a dual rear camera setup. Intriguingly, though Android One has been an operating system for entry-level phones, Nokia 1 likely to be an entry-level handset itself is not listed as an Android One.

The leaks contrasted the Nokia 1 to the 7 Plus as a much simpler design with a compact look. Whereas the 7 Plus has thin bezels, Nokia 1 has much bigger ones and is available in red and black. It's likely it will be priced at a cheaper rate.

It remains to be seen whether these models will be unveiled at MWC 2018 or whether Nokia will be holding off on launching them until the end of the year.