The year’s biggest mobile conference starts on Sunday - but is there anything to get excited about? 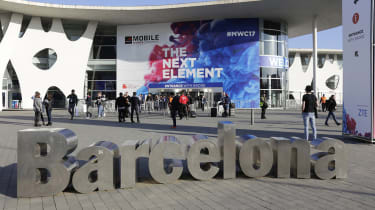 It's that time of year again, when hordes of eager tech fans descend on Barcelona for GSMA's annual Mobile World Congress event.

In previous years, this conference has become famous for being the place where all of the major smartphone manufacturers launch their new flagship devices, with a slew of announcements and news from the likes of HTC, Motorola, LG and others.

Recently, however, fewer and fewer companies have used the show as a launchpad for their devices, choosing instead to hold their own separate events. This year's event promises more of the same, with a comparatively small number of new smartphones in relation to previous years.

There are a couple of major exceptions, though. First and foremost is the Samsung Galaxy S9, which is all but confirmed to be debuting at MWC. Considering that it follows one of the most critically-acclaimed phones of last year (which holds the honour of being IT Pro's Smartphone of the Year 2017), the Galaxy S9 is very much the one to watch, as fans wait to see whether it will be as much of a leap forward as its predecessor.

Aside from that, new devices are expected from Huawei and Sony, and rumours indicate that HMD will be launching a number of new Nokia flagships, following the brand's unexpected revival last year.

Elsewhere, expect a fair number of new wearable devices, as well as a handful of new accessories and peripherals, and possibly even a laptop or two.

Of course, MWC isn't just about smart devices and consumer tech - the conference is also one of the year's main events for the telco industry. Network providers, networking specialists, infrastructure firms, security companies and more will also be flocking to Barcelona to show off the latest advancements that keep all those shiny smartphones ticking along.

The big topics, as with many conferences in the last year or so, are going to be 5G, AI and IoT. Network providers are currently racing to be the first to deploy commercially-viable 5G, and while no-one's really there yet, expect many companies to be making bold claims about how close they are.

IoT, meanwhile, is a much more tangible prospect. IoT systems are already in place in a larger number of businesses, and while IoT technology is still fairly nascent, it's received an encouraging level of buy-in throughout the industry. We're predicting a number of announcements from various companies across the IoT space, although we likely won't see anything truly revolutionary.

All in all, this year's Mobile World Congress promises to be a less exciting affair than some of its predecessors, but although there's little to get the heart racing, the industry is quietly setting the scene for some major shifts in the next couple of years. It may not be exciting, but it might well be the future.