The View From The Airport: Mobile World Congress 2018

A quiet year, but interesting developments on the horizon 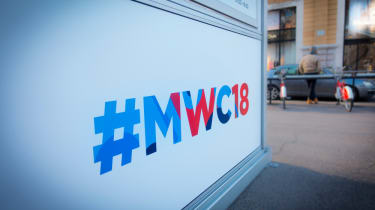 The sun is setting on Barcelona, and so we bid adios to Mobile World Congress for another year. The announcements have been made and new hardware shown off, so it's time to take stock of what exactly MWC 2018 had to offer.

The answer, it turns out, is not really all that much. Sure, there were a couple of big hitters (and a few surprises), but compared to previous years, the show was fairly quiet in terms of news. I suspect that the blame for this can be pinned on Samsung; it was an open secret that the South Korean company would be launching the Galaxy S9 at the show, and the general consensus is that most of the other manufacturers are choosing to keep their heads down rather than go up against it.

And who can blame them? Samsung was out in force, with a mammoth booth dedicated to the S9 and its other consumer offerings. The response from attendees was good as well, with constant crowds flocking to see the new device. It's a shame that it's not really that different from the Galaxy S8 but it's still incredibly impressive, with an improved camera, a faster processor and sundry other little tweaks. In fact, it looks like Samsung has once again produced the best smartphone on the market.

There were a few other hardware launches as well, including the two new flagship Sony Xperia phones, a new Huawei laptop, and a dizzying array of phones from Nokia - including a revival of the classic banana phone, which was a hair's breadth from winning one of our best-in-show awards. Nostalgia value aside, it's a feature-phone that boasts a couple of key 'smart' tools, such as 4G support and the ability to sync with your emails and calendar.

One of the real surprises, though, was the Asus Zenfone 5. It looks like a shameless knock-off of the iPhone X - right down to the notch - but Asus has also managed to squeeze a flagship-grade Snapdragon 845 processor into a phone that costs less than 400. That's a very tempting offer indeed.

Really, there were only five or six major launches at this year's show, which is a surprisingly small amount. It looks like it's part of an industry trend in moving away from trade shows, though; we saw a reduced number of announcements at CES in January, as well. It would appear that manufacturers have twigged that they'll actually get more attention for their new products if they hold their own separate events, at a time when they don't have to compete with anyone else.

So, all's (relatively) quiet on the hardware front, but MWC is a game of two halves, and the second component of MWC is always made up of the telcos, mobile operators and infrastructure companies that power all these devices. Sadly, this was a bit of a bust as well. 5Gwas the watch-word of the week, as it has been for at least two years, but the industry is in something of a holding pattern until the technology really starts to pick up some steam.

There were some major advances being talked about - Huawei launched the first commercially-available 3GPPE modem, for example, and completed the first 5G call with Vodafone - but there's still nothing to really see yet. This will all change next year; by MWC 2019, 5G technology will actually be ready to deploy, and the industry can start testing it, building up use-cases and using it in the field.

A fairly low-key year, then. Not that that means much at MWC, mind - it's still incalculably vast. According to one person I talked to, Huawei alone had 10,000 square feet of booth space, and it's not an outlier. Personally, it was my first year at the show and while I enjoyed the experience, it was a thoroughly knackering one.

As tired as I am though, I'm looking forward to next year. I'm predicting some fairly major advances in technology between then and now, so it'll be interesting to see what vendors and OEMs do with it.