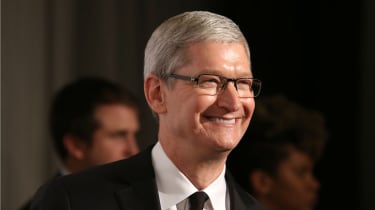 Apple announced a $100 billion share buyback in its earnings call on Tuesday. The reported increase in revenue from iPhones, as well as lowered corporate tax laws in the US, supported this move.

"Given our confidence in Apple's future, we are very happy to announce that our Board has approved a new $100 billion share repurchase authorization," said Luca Maestri, Apple CFO, in the earnings report transcribed by Seeking Alpha.

The company will also increase the quarterly dividend by 16%. Shares rose 3% after Tuesday's statement.

This news comes as a surprise to some analysts, who have been uncertain about iPhone sales for a while.

"We expect Apple to report an in-line March quarter, but are cautious into earnings on May 1 due to our belief that June quarter consensus estimates need to be revised lower," analyst Katy Huberty wrote prior to Apple's report.

Wall Street and Mizuho Securities also estimate lower demand for the iPhone X and newer iPhone models in the second half of 2018.

In addition, the analyst from Sanford C Bernstein who predicted last year that iPhone owners who had previously held back on updating would finally update with the iPhone X, reported no such "supercycle" had occurred. He called attention to an increase in inventory sitting around in Apple warehouses, suggesting low turnover the high iPhone revenues depending merely on the high cost of the iPhone X.

CEO Tim Cook attempted to assuage these fears with the report on Apple's profits, at $13.8 billion for the second quarter of 2018, and his belief that all phones sold will eventually be smartphones. On top of this, he didn't think tariff issues between the US and China would pose a problem for sales in the future because "there's a lot of things that bind the countries together," according to a recent BBC interview.

"Customers chose iPhone X more than any other iPhone each week in the March quarter, just as they did following its launch in the December quarter," Cook said in a further bid to alleviate concerns.