Customers can still use 3G devices for the foreseeable future though 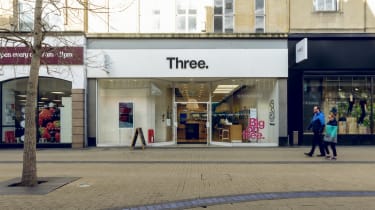 Three has announced it's ditching its 3G handsets and will only sell 4G-enabled devices going forward.

This is a huge turnaround for a network that was the first in the world to stock 3G handsets when the technology launched in 2003. However, when it came to the rollout of 4G technology, the company was the slowest among the major phone networks in the UK.

Even though it was quite the latecomer to the 4G party, 91% of the UK population can currently access its 4G services, and while this may be a little behind the likes of EE, O2 and Vodafone, it's still a decent take up considering the infancy of the network. The move also marks the first time a UK mobile company has shifted its entire portfolio over to 4G.

Three has reassured customers that anyone with a 3G device will still be able to use their handsets on the upgraded network, as the 3G infrastructure will remain in place at least for the short term.

The company explained the decision marked a significant milestone in its history.

"Our research has shown that customers who are using all the benefits of 4G are happier and enjoying being able to stream, share and snap to their heart's content," said Three UK CEO Dave Dyson.

"We recognise that this is a significant milestone for us as a business and for the market, just as the introduction of 3G was at the turn of the century, and we are proud to be driving the industry forwards once more."

Three has more than 10 million customers in the UK according to the company's latest financial results, accounting for over 30% of the UK's total mobile data traffic, with the average customer using 6.8GB of 4G mobile data per month.

"Our customers are at the heart of everything we do as a business and we are therefore continually striving to provide the best possible experience for them on our network," Dyson added.