watchOS 5 release date and specs: WatchOS 5 will roll out 17 September 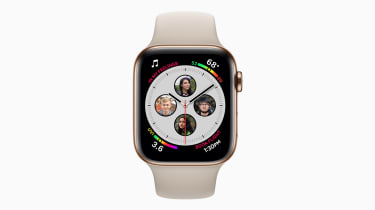 Apple previewed the latest iteration of its OS for wearables at this year's software-centric WWDC, announcing the launch date alongside the latest generation of Apple Watch wearables.

Below we've rounded up the latest news on watchOS 5, and broken down its key features.

Apple watchOS 5 at a glance

12/09/2018: Apple has announced that the latest version of its watchOS software - watchOS 5 - will be available for download starting from 17 September 2018.

The launch date was revealed alongside the fifth-generation Apple Watch, which features a larger display, a thinner casing and improved health and fitness capabilities like the ability to use it to take an ECG reading.

As with all of the company's software updates, watchOS 5 will be a free download for users, but there are some restrictions; it will need to be paired with an iPhone 5s or better, running iOS 12 or abov. It will also not be compatible with the very first generation of Apple Watch devices, so anyone with an original Apple Watch will need to upgrade to take advantage of it.

The news immediately preceded Apple's announcements of three new iPhones: the iPhone Xs, Xs Max and Xr, all following the original iPhone X in their use of edge-to-edge OLED displays.

05/06/2018: Apple today confirmed that the latest version of its watchOS - watchOS 5 - will be coming to series 1 Watch devices and older later this year, while developers can play with WatchKit for the latest OS from today as part of the beta programme.

The update is quite a beefy one and is particularly focused on helping users "stay active and connected," according to Apple CEO, Tim Cook, who made the announcement during the WWDC keynote earlier today.

Activity Sharing competitions, workout auto-detection, a Walkie Talkie feature, Apple podcasts and the ability to better view web content as well as third-party app integration on the Siri watch face are all part of the lineup.

"We're thrilled with the positive impact Apple Watch is having on people's lives. Apple Watch is helping our customers stay connected, enhance their fitness and, in many cases, detect life-threatening conditions. With the launch of watchOS 5, we're excited to introduce new activity and communications features that will take the Watch to a whole new level," said Jeff Williams, Apple's chief operating officer.

Drilling deeper into the new features during the keynote, attendees were treated to detailed information on how the new features in the watchOS are designed to keep users healthy and active. The latest watchOS even lets Apple Watch users invite others to compete in a seven-day activity competition, where they can compete to close rings and receive notifications to help motivate and further compete.

The Auto-Workout detection feature also intelligently works out if you're working out and provides a prompt so you can receive retroactive credit, in addition to suggesting the workout is over after a period of inactivity.

That's in addition to a cadence metric for runners and walkers to log steps-per-minute and 12 new dedicated workout types, including yoga, hiking, and ocean swim, with watchOS 5 tracking and recording exercise undertaken and calories burned as a result.

A Walkie-Talkie feature also enables Apple Watch to Apple Watch comms with just a voice command and tap of the wrist, while Sirir now supports third-party content from a variety of apps including Nike+ Run Club, Glow Baby and Mobike.

WatchOS 5 will be a free update for Apple Watch Series 1 and later, and will require an iPhone 5s or later on iOS 12. The update - which will be available starting from 17 September - will not be available on the original Apple Watch. 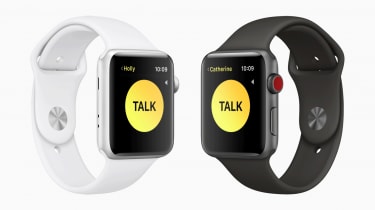 This "entirely new way to communicate" allows users to get in touch with friends and family using Apple Watch with a tap of the wrist, using Wi-Fi or data coverage.

By pressing a button, users can record and send audio clips that recipients will be able to respond to in kind. 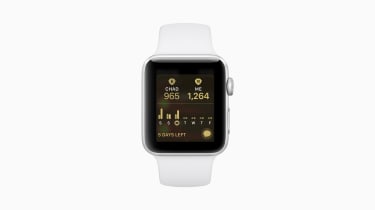 A new host of improvements to the Apple Watch's activity hub include new workouts, and competitions.

With Activity Sharing, watchOS 5 users can invite other Apple Watch wearers to compete in a seven-day competition and earn points.

Meanwhile, a dozen new dedicated workouts include yoga and hiking, with watchOS 5 able to track the calories burned more accurately.

Enhanced running features also make up the list of activity updates, with a new cadence metric for indoor and outdoor movement counting steps per minute, and a pace alarm that lets users know mid-run whether they are off the mark, or ahead of their target pace. Rolling mile pace is also a brand new metric that gives runners a much better impression of their performance, showing their pace for the immediately preceding mile as well as the average and current pace.

One of the most exciting new fitness-centric features is one that can automatically track your workout; prompting you to track your activity when it seems you may be working out.

This will also work retroactively, meaning you don't need to worry about missing the start - and will offer a reminder to users to end their sessions after a period of inactivity if you forget to manually end the workout yourself. 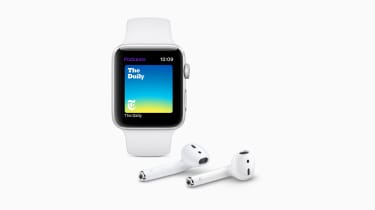 The newly-implemented Podcasts app will now allow you to play background audio, and stream any podcast in the catalogue using Siri. Episodes you download and listen to will sync with Apple Watch automatically, and the app will refresh with the latest episodes.

The Siri watch face will get an upgrade with sports, maps, and heartrate information, as well as a host of new shortcuts. The new watch face will use machine learning to become a better personal assistant.

Apple hopes the enhanced Siri will become more proactive, and predictive of users' day-to-day needs based on the routines, location data, and post-workout information, such as heart rate.

Third-party notifications will now feature interactive responses, so users won't have to open the app, with Apple Watch users no longer having to dip in and out of apps to respond to or alter, for example, dinner reservations.