Android P ruling may taste bitter to Google, but there is a sweet opportunity for phone makers 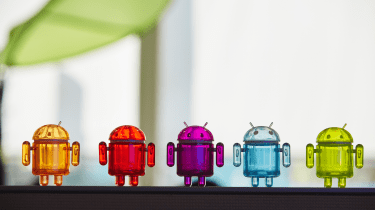 Google has always named versions of its Android operating system after sweet treats, such as Jellybean, KitKat and the latest offering, Oreo. But its upcoming OS, the yet-to-be-named Android P, might leave a bitter aftertaste.

The European Commission hit Google with a whopping $5 billion fine earlier this month after it found the company had benefitted from an unfair advantage by requiring phone manufacturers using the Google Play store to install its apps by default.

CEO Sundar Pichai wrote in a blog post that "a healthy, thriving Android ecosystem is in everyone's interest" and that Google has shown a willingness to make changes. However, willingness is irrelevant because those alterations are mandatory, and Google has 90 days to make significant changes to its Android OS. The mystery around what treat the 'P' will be is far less interesting than the questions around what a post-antitrust Android OS is actually going to look like.

"If you buy an Android phone, you're choosing one of the world's two most popular mobile platforms, one that has expanded the choice of phones available around the world," Pichai wrote in his blog post.

But the EU took issue with Google only enabling phone makers to access the Play store - necessary for downloading popular apps - if they agreed to use a version of Android that preloads 11 bundled Google apps onto their smartphones.

Phone makers have the option to use core Android software in the form of the Android Open Source Project, but that lacks the Google APIs needed to link major apps to the Play store and Android.

As such, companies wanting to offer their customers the full Android experience had no choice but to agree to bundle Google's native Android apps onto their devices.

The EU said that Google created restrictions for phone makers, forcing them to pre-install Google Search, Chrome and so on by offering one version with Google Play and not another that allows phone makers to customise the open source architecture and bypass native Google apps.

Now, Google will have to unbundle its Chrome browser and Google search apps from Android, so phone makers won't have to ship Android devices with those apps preinstalled. Significantly, phone makers will be able to use the open source version of Android, which could see more competitive variations of Android from the big smartphone makers.

The easiest way for Google to comply with the EU's rules is to simply release Android P without any default apps. A typical Android phone user will install around 50 apps themselves, according to Pichai's blog post, and the reality is that if you are a regular user of Google search, Gmail and so on, having to install these apps yourself isn't likely going to turn you off Android.

In fact, the European Commission itself said Google Play is a compelling reason for phone manufacturers to run Android, so simply giving them access to the store might see most users download the same apps that are currently preloaded anyway.

This could also result in a less bloated operating system - as Pichai pointed out in his blog, most phones come preloaded with apps from multiple developers.

"A typical phone comes preloaded with as many as 40 apps from multiple developers, not just the company you bought the phone from. If you prefer other apps - or browsers, or search engines - to the preloaded ones, you can easily disable or delete them, and choose other apps instead, including apps made by some of the 1.6 million Europeans who make a living as app developers," said Pichai.

But is it too late for competitors?

Android has been free for phone makers to use since 2007 and Google has invested billions of dollars over the last decade pre-loading Android with its most popular apps, some of which generate revenue and all of which, Google says, helps ensure your phone just "works right out of the box".

Phone manufacturers don't have to use Android, but unless you have an iPhone (or a dated feature phone) the likelihood is you have it on your device. Geoff Blaber, vice president of research at CCS Insight, believes Google's popular apps will remain the default option for consumers.

"The EU stance is arguably six to eight years too late. Android has already helped establish Google apps and services as essentials for consumers in the western world," he tellsIT Pro.

"Whilst the separation of apps from the operating system may help foster competition over the longer term, manufacturers will continue to need to offer Google services to be competitive and address consumer demand. Any action by the EU is akin to shutting the stable door after the horse has bolted."

Will Android P really be better for the consumer?

Pichai said that the free distribution of the Android Platform and Google's suite of applications is of huge benefit to developers and consumers, and for phone makers to not include them would upset the balance of the Android ecosystem.

"Open source platforms have to painstakingly balance the needs of everyone that uses them. History shows that without rules around baseline compatibility, open-source platforms fragment, which hurts users, developers and phone makers. Android's compatibility rules avoid this, and help make it an attractive long-term proposition for everyone," he claimed.

Google makes some of its revenue through popular apps such as Search, Chrome, Play, Maps and Gmail and it only earns this revenue if the apps are installed and consumers choose to use its apps instead of rival ones. Consequently, thecompany could choose to stop offering Android as a free service, instead imposing fees that, Blaber believes, could penalise consumers who have grown accustomed to the free use of Google.

"There is a significant danger of unintended consequences that penalise the consumer," he contends. "These range from increased fragmentation and greater app inconsistency to increases in hardware cost should Google decide to change or adapt the Android business model."

To the bitter end

Google is appealing the EU's decision, which could take a number of years. In the meantime, it has 90 days to comply with the competition decision and make changes to its operating system.

While it's locked in its bitter dispute, phone makers have a chance to cook up their own sweet versions of Android.