Huawei pips Apple to second place in the smartphone market 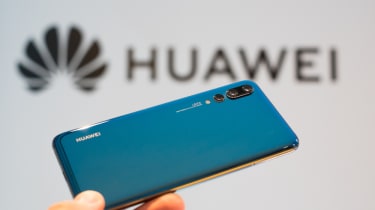 Huawei shipped more smartphones worldwide than Apple in Q2 of this year, new analytics have established.

Data from IDC, Canalys and Strategy Analytics has revealed that Huawei overtook household name Apple as the second-biggest smartphone purveyor in the world.

The breakdown, according to IDC, is as follows: Samsung held onto 20.9% of the market (despite seeing an 8% decrease in year-on-year growth), with Huawei following with 15.8% (a company record). Apple ended up with a 12.1% share, with Xiaomi and Oppo bringing up the rear.

Reasons behind Huawei's 41% increase in shipments aren't wholly clear, although we'd speculate it was propelled by the company's Honor brand, offering exceptional smartphones for palatable prices.

Infamously, this is something that Apple, for all of its sleek minimalism and world-class marketing, doesn't do. Take the iPhone X, which debuted at just a quid under a quadruple figure price tag. That sub-200 Honor 7X sounds pretty good right about now.

IDC corroborated this, writing that Honor phones are "a key driver of growth for the Chinese tech giant," with Canalys estimating that the line "accounted for two-thirds of the near 16 million jump that Huawei made this quarter".

That's not to say Huawei's premium smartphones aren't faring well; the P20 and P20 Pro drew "strong demand" throughout Q2 also. It's not hard to see why we were blown away by the triple-camera P20 Pro, giving it a glowing five-star review.

However, those revelling in the underdog's triumph should be wary; Apple looks set to release as many as three iPhones this September, amidst much fanfare and anticipation. Sales are expected to skyrocket, making it likely Huawei's triumph will be short-lived. Everybody gets their 15 minutes, and all that...