Is tech as addictive as drugs and alcohol? 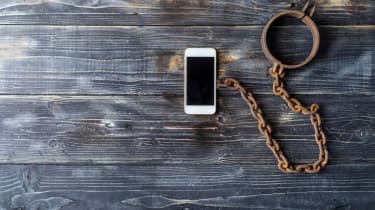 More than a third of Brits think technology is as addictive as alcohol or drugs, with younger people, in particular, feeling both a pressure and a desire to be constantly connected.

Media agency the7stars revealed the findings in its The QT report, a consumer confidence survey, which found that 67% of 18 to 34-year-olds said they need a break from technology. This figure rose to 71% when it came to the 18 to 24-year-old age group.

The older generation (24 to 35-year-olds) said they were more comfortable being connected 24/7 and always-on connectivity doesn't mean "dead time". This age group is less likely to switch off their tech in the evenings or weekends, with just six percent saying they do turn off their smartphones on a regular basis.

"Technology brings with it distinct advantages but it's clear Brits have a hard time prying themselves away from their smartphones even when they feel they really need to," said Frances Revel, insight lead at the7stars.

"In an increasingly digital world, attention has become a valuable commodity, but it's clear the balance may need to be restored with users needing to feel more in control of their tech habits."

But some groups are still concerned about the impact technology is having on their lives. Three-quarters of Londoners are worried they're losing the skills of talking face-to-face and 10% of 18 to 24-year-olds no longer pick up the phone to talk to people, using voice notes instead as a way of communicating with friends, colleagues and family.

"Many tech companies have already started to help consumers detox digitally', urging them to develop more healthy relationships between the amount of time spent in the digital world, and that spent connecting to people off-screen," Revel added.

"There's still time for more tech brands to follow suit and encourage digital wellness, which must be a priority moving forward."