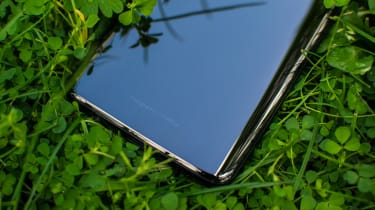 OnePlus has officially revealed the existence of the OnePlus 6T, the successor to the critically-acclaimed OnePlus 6, with the handset set to debut 30 October in New York.

The handset will effectively be a refresh of the OnePlus 6, a smartphone that came with the features one would expect on a flagship Android phone, such as the Samsung Galaxy S9, only at a price tag some several hundred pounds cheaper.

This is very much the trend for OnePlus phones as is the incremental update on each generation of the brand's smartphone, denoted by a 'T' after the model number.

Going by the various titbits of information that have been teased by OnePlus or have leaked, the OnePlus 6T will come with a reduced display 'notch' and a fingerprint scanner that has been built into the display rather than sitting around the back of the handset, as is the case with the OnePlus 6.

The OnePlus 6pT is expected to retain the Qualcomm Snapdragon 845 chip its predecessor uses, but there is potential for battery life to be increased and for OnePlus to have carried out a few extra software tweaks to make the already slick OxygenOS run even more smoothly.

Pricing also looks set to stay in the ballpark of the OnePlus 6's launch price of 469, which will ensure the keen pricing OnePlus touts remains in place with the 6T and thus appeals to OnePlus fans and newcomers alike.

OnePlus fans may have had their first clue as to what the company's next device has in store, after images supposedly showing the OnePlus 6T's retail packaging were leaked on Chinese social media site Weibo.

First spotted by SlashGear, the leaks add weight to the assumptions that a follow-up to this year's OnePlus 6 is in the works. The company has yet to release any official information, but a Weibo post from OnePlus' official account indicated that the company would be sharing some news on 15 January next year.

Although this leak just involves the 6T's box rather than the device itself it may reveal a couple of interesting details of the forthcoming device. For example, the inside of the box features a line drawing, presumably of the 6T. This includes a fingerprint symbol at the bottom of the display, above the slogan 'unlock the speed'.

This implies that login and authentication will be a major feature of the 6T most likely via an in-display fingerprint reader. Also known as fingerprint-on-display technology (or FOD), this feature is tipped to start arriving on multiple devices next year. There were persistent rumours that the feature would be incorporated into the Samsung Galaxy S9, but the company apparently could not integrate it in time for launch.

The device will also have a slimmed-down 'waterdrop'-style notch, according to the pictures. As with any leak though, take these with a pinch of salt especially as a box is easier to mock up than a handset.