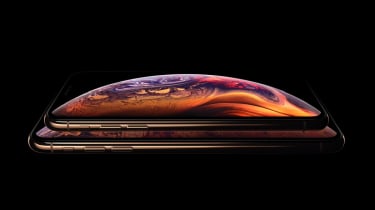 After months and of rumours and supposed leaks, Apple has finally revealed its latest range of devices in the form of the iPhone Xs, its larger sibling the Xs Max, iPhone 8 successor the iPhone XR, and the new Apple Watch 4.

The iPhone Xs, the direct successor to last year's X, features a 5.8in edge-to-edge OLED display that boasts a 60% greater dynamic range of colours over the iPhone X. 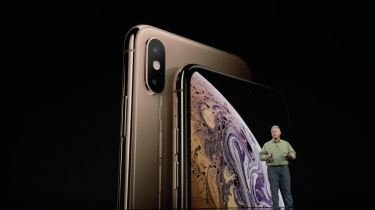 The iPhone Xs Max - the new naming scheme for the larger edition - will ship with a 6.5in, 2,688 x 1,242 display. Apple explained that it wanted to differentiate its Plus models from the Max as although the new 6.5in device is the same size as the iPhone 8 Plus, you get a much larger screen with the edge-to-edge display.

Both the iPhone Xs and Max versions come with the now telltale 'notch', which is once again packed with technology. It features all the same sensors as the iPhone X, including light and proximity, but boasts faster algorithms that promise to make it easier and faster to unlock your device using FaceID.

Powering the devices is the A12 Bionic, Apple's latest generation of A-series processors that are considered to be the industry's first 7nm chips. It's packed with a 6 Core CPU, two of which are dedicated to performance and promise 15% better performance at 40% lower power over the A11 in the iPhone X. The A12 Bionic also features a new neural engine which now 8-core over the iPhone X's 2-cores, and boasts up to 5 trillion operations per second, up from 600 million. 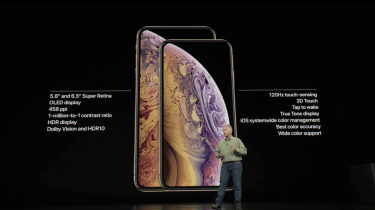 What's sure to be a fan favourite is the addition of a dual-SIM setup, which gives users the option of having two different numbers or plans on an iPhone for the first time.

Both the Xs and Xs Max come with a dual camera setup, featuring a 12mp wide-angle lens and a 12mp telephoto lens on the rear, and a 7mp RGB camera, paired with an IR camera on the front.

As with any new device, battery life has improved, although the Xs disappoints somewhat, adding just 30 mins to usage time over the iPhone X. The Xs Max, however, lasts a full 1 hour 30 mins longer. The Xs also features the most generous storage capacity that Apple has ever offered customers, with both versions being available with 64GB, 256GB or 512GB of internal storage. 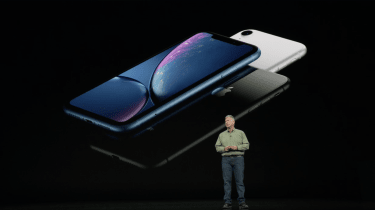 Now onto what is sure to be seen as the budget version of the Xs series, the iPhone XR, which also features an edge-to-edge display but uses much cheaper LCD technology. With the XR, which was until recently rumoured to be the XC, the physical home button on iPhones has now officially been consigned to history.

The XR comes with a 6.1in, 1,792 x 828 resolution display, inside an aluminium casing with a glass front and back. Its physical size sits somewhere between an iPhone 8 and 8 Plus, only with a much larger screen. It features the same A12 Bionic chip as the Xs, and houses the same bundle of sensors in its 'notch', meaning it has the exact same Face ID capabilities. 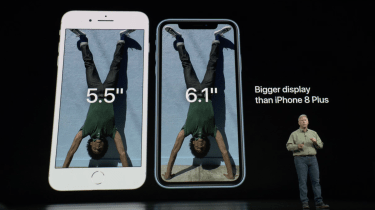 Storage isn't as generous as that offered on the more expensive devices, with just 64GB, 128GB, and 256GB options. However, battery life lasts a full 1 hour and 30 mins longer than the iPhone X, the same upgrade found on the Xs Max.

You can order the iPhone Xs right away on Apple's website and in Apple stores throughout the UK.

The iPhone Xs Max is also available and weighs in at an even heftier starting price of 1,099 for the 64GB model. That price rises to 1,249 for 256GB of storage capacity and tops out at a rather wallet-emptying 1,449.

These prices make the iPhone Xs the most expensive Apple smartphone to date, but for the money, you're likely guaranteed a premium handset with solid construction and the best phone technology Cupertino has to offer.

The lower-priced iPhone XR lags a little behind Apple flagship with preorders commencing 19 October, with shipping starting a week later on 26 October. The iPhone XR starts at 749 and comes in a choice of colour options which include white, black, blue, coral, yellow and red.

Alongside the smartphones, Apple showed off its latest iteration in the Watch series, which the company claims has been redesigned from the ground up. The Series 4 Watch is available with a 40mm or a larger 44mm display, which provide screens that are over 32% and 35% larger than previous devices respectively. The edges are noticeably rounder, though it still retains the square look. 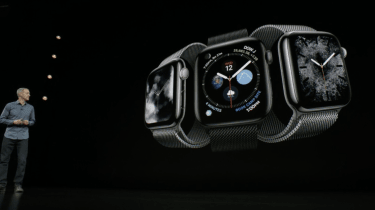 The new iteration brings a number of upgrades, including UI tweaks and the option to apply the device's Breathe app to the watch face. It's 'Digital Crown' scroll wheel now has haptic feedback by default when navigating through menus, and its speakers now produce 50% more volume than the Watch 3.

Its "next-generation gyroscope" means the Watch 4 is capable of detecting when the user has a fall, based on the arm motions of its user as they tumble, and is also fitted with software that lets users take an electrocardiogram, the first over-the-counter device to do so.

Perhaps its most important upgrade is its processor, a new dual-core 64-bit chip that promises to be twice the performance over its predecessor. However, those expecting a better battery will be disappointed, as the Watch 4 promises the same 18-hour lifespan.

The Watch 4 is available from $279 in either silver, gold, or space grey, or you can opt for the more expensive stainless finish which brings polished, space black or gold varieties. Apple confirmed that all band colours and styles will fit all generations, so existing straps can be fitted to the Watch 4.

Preorders begin on 14 September, with the device becoming generally available on 21 September.

WatchOS 5, the software powering the newest model, will also launch in less than a week's time on 17 September.