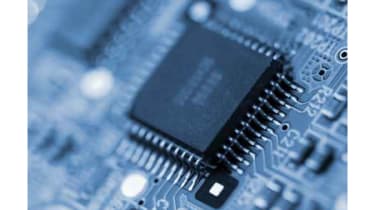 Qualcomm has accused Apple of stealing its trade secrets and passing them onto competitor Intel so that the smartphone giant could switch component suppliers without its device performance being affected.

In the latest legal spat between Qualcomm and Apple, the chipmaker has extended its complaint that was filed last November regarding Apple leaking software information to its biggest competitor in the chip-making space.

The US-based semiconductor firm said Apple had been partaking in a "multi-year campaign of sloppy, inappropriate and deceitful conduct ... for the purpose of improving lower-quality modem chipsets, including those manufactured by Intel, a competitor of Qualcomm, to render such chipsets useable in Apple devices with the ultimate goal of diverting Qualcomm's Apple-based business to Intel".

Qualcomm had previously been the exclusive supplier of modem chips for the iPhone up until the launch of the iPhone 7, when Apple started using Intel's services instead, without losing any of the device functionality. In a court filing made on Tuesday, seen by Reuters, Qualcomm has argued that this was made possible because Apple stole secrets from Qualcomm and passed them onto its main competitor.

All of Apple's latest iPhones announced at the beginning of September are believed to run on Intel chips, so it's no surprise Qualcomm is a little upset if what it says is true. However, complaints are already trickling in from iPhone XS customers who say that Wi-Fi and 4G data services aren't working as well as expected.

Qualcomm's general counsel, Donald Rosenberg told CNBC: "Unlawful use of Qualcomm's valuable trade secrets to try to help a competitor catch up irreparably harms us and must not be allowed to continue."

Apple has not yet commented on the claims.