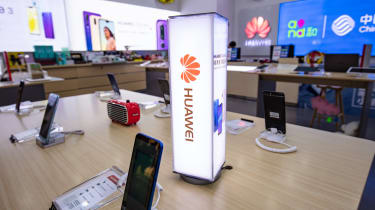 Huawei is set to take the wraps off its latest devices later today, officially revealing the Mate 20 and the Mate 20 Pro at a launch event at London's Excel.

While few details bar the names have been released by Huawei, the two devices have been widely leaked. The leaks indicate that both models will be sporting what is by now an industry-standard design in the form of an edge-to-edge display, with the Mate 20 Pro rumoured to be hitting a whopping 6.9in.

They're also said to have an in-display fingerprint reader - a feature they'll supposedly have in common with the forthcoming OnePlus 6 - and wireless charging. There's even rumours that this will work both ways, allowing you to use the Mate 20 as a wireless power bank.

In terms of hardware, Huawei generally follows Samsung's lead in using its own Kirin processors in its devices (a tactic it's now repeating with its server business). Assuming this hasn't changed, the two phones will almost certainly be using the company's latest Kirin 980 processors.

According to pictures obtained by leakster Evan Blass, the Mate 20 Pro will use a triple-camera setup, like the P20 Pro before it. The only difference is that they're apparently in a square configuration, rather than a linear one.

If you've already seen this -- the Mate 20 Pro -- I apologize for these five wasted seconds. pic.twitter.com/J18N02hC93

The Chinese firm has risen from a relatively unknown manufacturer to a dominant global player, thanks to its combination of affordable prices and high-level functionality and performance. Devices like the Huawei P20 and P20 Pro have been a hit with consumers, propelling the company to second place in the smartphone market, with only Apple having shipped more units.

However, concerns still remain over whether or not the company is inherently trustworthy. Government officials both here and in the US have raised concerns over whether the Chinese giant's telecoms products should be allowed to be used as part of national infrastructure networks, with some fearing that it may allow the Chinese government to open secret backdoors into Western networks.