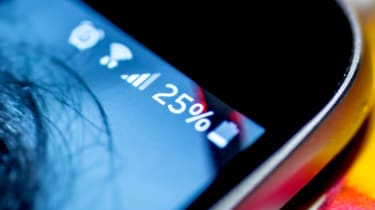 Apple and Samsung have been fined by the Italian competition authority following an investigation into the "planned obsolescence" of their smartphones, resulting in users essentially being forced into upgrading to newer and more expensive versions.

Autorit Garante della Concorrenza e del Mercato (AGCM) said on Wednesday that the tech companies had violated Articles 20, 21, 22 and 24 of the Consumer Code because they issued updates to older devices which were incapable of running newer software correctly. This meant the performance of older devices was affected and, in some cases, caused handsets to malfunction.

The authority claims that this was done deliberately in order to force users to upgrade to newer devices after experiencing degradation in their current smartphone.

For example, Samsung was said to have told Galaxy Note 4 customers to install the latest Android operating system which was designed to run on the latest Note 7 devices, causing the performance of the older model to noticeably drop.

Following the investigation, Apple has been charged 10 million (8.8m), while Samsung has been fined 5 million (4.4m). Both companies will be required to mention on their websites that they have been sanctioned.

"Samsung did not issue any software update that reduced the Galaxy Note 4's performance," a Samsung spokesman said. "In contrast, Samsung has always released software updates enabling our customers to have the best experience possible."

Apple has not commented on the decision, although AGCM said the reason it was fined a much larger amount was because the manufacturer failed to tell customers how to improve the lifespan of the lithium batteries, despite being obligated to.