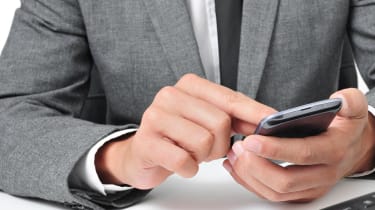 Almost three-quarters of employees are being forced to install work-based applications onto their personal mobile phones so they can carry out their jobs, a report by CCS Insight has revealed.

The company questioned 672 employees across the US and Western Europe about digital technology, including how they use it at work and how they feel it will change their working role. The biggest bugbear of technology in the digital workplace is poor connectivity, although that's not stopping employees from using always-on, connected apps while at work. The report revealed that WhatsApp is actually now the most widely used mobile business app, beating Microsoft Office 365 to the accolade.

Although 74% of employees admit they resent the idea of using work applications on their personal devices due to fears their employers can track them, two-thirds said they do trust their employers with their privacy.

Other concerns expressed by employees in the survey included a fear that artificial intelligence will result in job losses over time. Despite this, many appreciate the potential for digital assistants in the workplace, with half saying they expect the likes of Google Assistant to help them in their job.

"The increasing blurring of personal and business technology, the rise of privacy and security concerns after a big year of security incidents where trust in technology has become more important than ever, as well as the expectation behind big tech brands and new workplace technologies such as artificial intelligence are among some of the most important changes we explore in the survey," Nick McQuire, vice president of Enterprise Research at CCS Insight said.

The majority of employees trust Microsoft over other tech giants, although Google is fast catching up.