Apple customers are paying 30% more for their iPhones on average 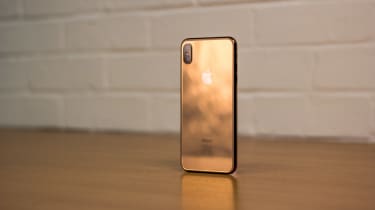 Apple has reported a "record-breaking quarter" with the announcement of its Q4 2018 financial results, driven by strong growth in iPhone and Services revenues.

The company posted global revenues of $62.9 billion, representing a year-on-year growth of 20% overall. The majority of this came from Apple's iPhone division, which shipped almost 47 million devices during the quarter and pulled in $37 billion in revenue, growing almost 30% year-on-year.

"We're thrilled to report another record-breaking quarter that caps a tremendous fiscal 2018, the year in which we shipped our 2 billionth iOS device, celebrated the 10th anniversary of the App Store and achieved the strongest revenue and earnings in Apple's history," said Apple CEO Tim Cook.

"Over the past two months, we've delivered huge advancements for our customers through new versions of iPhone, Apple Watch, iPad and Mac as well as our four operating systems, and we enter the holiday season with our strongest lineup of products and services ever."

Interestingly, while iPhone revenue has inflated by almost a third, the number of iPhones shipped has not grown compared to Q4 2017, indicating that Apple customers are paying noticeably more for their iPhones.

The same is true with the company's Mac range, to a lesser extent. The company made $7.4 billion in revenue from its Mac range of laptops and desktops in the fourth quarter; this represents a 3% increase year-on-year, but the number of units shipped actually declined by 2%. This suggests that as Apple introduces ever more expensive devices like the iMac Pro and top-end MacBook Pro models, its bottom line is seeing the benefits.

Services revenue - including revenue sources such as digital content from iTunes, AppleCare, Apple Pay and Apple Music - also saw a banner year, with 17% growth propelling it to a total value of just under $10 billion. Services have grown to be an increasingly vital part of Apple's revenue stream - a fact that is underscored by its latest success.

The only sour note was the company's iPad division, which saw declines in both shipments and revenue by 6% and 15% respectively. This trend may be reversed, however, when the company's recently-announced redesigned iPad Pro models hit store shelves.