Despite complaints from the Home Office, Apple still refuses to offer the upgrade it needs for its 'Settled status' app 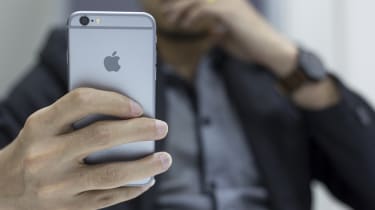 A smartphone app to help EU citizens to remain in the UK after Brexit doesn't work on one of the world's most popular operating systems - Apple iOS.

The app will be launched by the Home Office in the new year as a digital way for European Union citizens to apply for "settled status" after the UK departs the European Union. Users will answer three questions, take a selfie - which is checked against Home Office records - and then scan the chip on their passport to verify their identity.

The Home Office says a decision will be made on whether they can stay in the UK within two weeks and currently there are an estimated 3.5 million EU citizens in the UK who need to apply for the "settled status".

However, only those with an Android phone will be able to use the app. In the UK Android-based devices, such as Samsung, Huawei, Nokia, Sony and, of course, Google, makeup about 50% of the smartphone market.

As it stands, Apple users will not be able to scan their passports, meaning their applications will need to be completed on an Android device or send their documents by post, which would take significantly longer. Applicants without smartphones will be able to fill out an application online or at libraries and special contact centres, which is also time-consuming.

Apple devices have been fitted with near-field communications chips since 2014, so this is not a technical issue, but more to do with company policy. These are limited to use NFC for Apple Pay transactions due to security and commercial reasons.

The Home Office was aware of the issue when the app was announced earlier in the year, but it was hoped Apple would update its operating system to allow users to scan passports. But the iPhone maker has so far declined to do so, despite a visit by Home Secretary Sajid Javid over the Summer.

During Home Affairs Committee meeting on Tuesday, conservative MP Caroline Nokes gave a rather tetchy defence of the app. She told ministers that Apple "won't release the upgrade we need in order for it to function".