Don’t blame China, Apple - you did this to yourself

It's finally happened; the unshakeable, unstoppable juggernaut that is Apple has finally hit a stumbling block. The company has been forced to scale back its revenue estimates for Q1 2019, marking the first time in over a decade that the company has posted a year-on-year decline in revenues.

The revised figure of $84 billion is still hardly chump change, of course, but it has still sent shockwaves through the tech industry as a company that has seemed untouchable for years shows an unexpected sign of weakness; after becoming the world's first trillion-dollar company back in August, the company has lost around a third of its value, with a recent share slump pushing its valuation to 'just' $680 billion.

Apple has pinned this decline on wobbling global economies, with an economic slowdown in China cited as a particular cause. The poor sales performance of recent iPhone models has also been mooted by commentators as a potential reason, although as Apple no longer breaks out the sales figures for its smartphones, there's no way to know for sure.

If the iPhone X and its ilk are underperforming (and I suspect they are), then Apple shouldn't be blaming economic conditions - it should be blaming itself. Apple has backed itself into a corner with a series of price increases that have taken the iPhone from a luxury device to an outlandish extravagance.

The iPhone 4S, which was released back in 2011, started at just 500 - a price which now virtually qualifies as budget by Apple's standards. By the time the iPhone 6s launched four years later, the cost had risen to just 540 for the starter model. Now, to own the new iPhone Xs, consumers are asked to shell out a whopping 1,000 for the entry-level configuration. Even the iPhone Xr - supposedly the new 'affordable' iPhone option - costs 750. A far cry indeed from the 360 price of the iPhone SE. 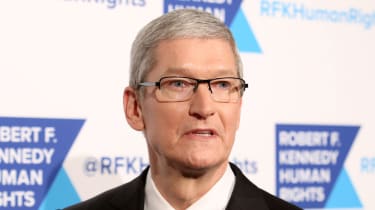 For context, the average monthly rent in the UK is 906. Apple is asking consumers to spend more than a month's rent on their latest iPhone. Not only is that outrageously arrogant, it shows a spectacular level of contempt for its customers. I don't care how special Apple thinks its device is; no phone is worth more than having a roof over your head.

In fact, Apple's whole attitude has been growing steadily more anti-consumer over the past few years, like its clampdown on third-party device repairs, forcing users to shell out for expensive replacement parts. The fact that people continue to use their iPhones long after they've been broken, cracked and damaged should be a damning indictment of Apple's extortionate repair fees.

To make matters worse, Apple has provided precious little improvements to justify these price increases. It's true that the iPhone Xs is objectively better than the iPhone 7 in every measurable way - but is it really worth an additional 350? The answer, evidently, is no, and it's no surprise when rival manufacturers are offering experiences that can match the iPhone for less than half the price.

Technically, the iPhone Xs is an incredible achievement, far surpassing almost everything else on the market - but Apple has forgotten that, for most users, this is way beyond their needs. It's progress, yes, but it's progress for its own sake, rather than meaningful additions that actually improve the user experience.

It's probably true that Apple's drop in revenue is partially down to declining economic conditions, but from where I'm sitting, a larger part of it is the fact that the iPhone just isn't the slam-dunk product that it used to be. Competitors are nipping at its heels at best, or outright lapping it at worst.

Apple isn't going away any time soon - its sales are still incredible by any metric - but we may have seen the end of 'peak iPhone'. If Apple wants to remain in the game, it'll need to seriously pull its finger out and either lower its prices or start giving customers a real reason to fork over their cash.