Apple to cut iPhone production by 10% amid market downturn 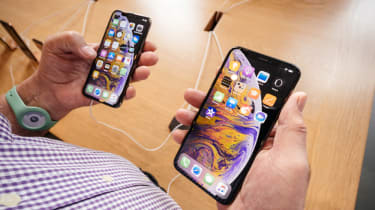 Apple is reportedly planning scale back the production of three of its latest iPhone models by as much as 10% in the first quarter of 2019.

The iPhone maker slashed it's quarterly sales forecast last week, citing poor iPhone sales due to the on-going US-China trade war, and according to the Nikkei Asian Review, it's now looking to cut back on production of its flagship product.

The Nikkei, citing unnamed sources, said that Apple had asked its suppliers to produce fewer units of its Xs, Xs Max and Xr models last month before the company announced it's the drop in profits to investors.

Apple has said that its predicted revenue for the first three months of the year is $84 billion, down from the $89 $93 billion it originally estimated. It's the first reduction is revenue guidance from the company in 16 years, unsettling investors around the world, and further evidence of the slowing Chinese economy.

Samsung also announced a drop in quarterly earnings due to the slowing Chinese market. Apple's biggest rival was hit by dwindling smartphone sales and a drop in semiconductor chips, used by other leading smartphones manufacturers, such as Huawei.

Crucially, Samsung makes a range of products for other smartphones makers, including screens and memory chips used by Apple on its iPhone range, and any production revision is likely to have a ripple effect across the industry.

Being associated with a brand like Apple can have huge benefits for a supplier firm, even large corporations such as Samsung, who are rivals in the smartphone market, but large bulk orders from Apple allow Samsung to reduce manufacturing costs for its own mobile components.

Apple stocks have dropped roughly 14% in the last 12 months and the news that it's cutting back on the production of its latest range of iPhones certainly looks alarming. But, talking to Mad Money's Jim Cramer on CNBC, Apple CEO Tim Cook said that in its last fiscal year, the tech giant generated $100 billion in revenue that was not tied to the iPhone.

"In this last quarter, if you take everything outside of iPhone, it grew at 19%, 19% on a huge business," he said.