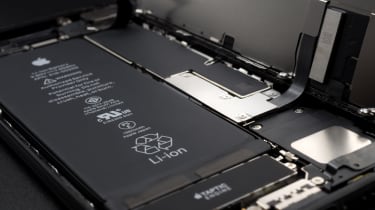 The UK-based semiconductor firm failed to reach the top end of its projections as its fourth-quarter sales came in at just $431 million, highlighting the knock-on impact of dwindling iPhone sales is having on Apple's supply chain.

In October 2018, the firm estimated sales for the last three months of the year to be in the range of $430 to $470 million. Apple lowered its own revenue estimates for the first quarter of 2019, and have also cut back production of its three latest models, following sluggish sales in 2018 - particularly in China.

Apple has cited its declining iPhone sales on fluctuating global economies, with the economic slowdown in China due to a trade war with the US seen as the particular cause.

But this is having a knock-on effect because iPhone is made up of multiple supplier components, such as screens from Samsung. The South Korean electronics giant is a great example of the impact of poor Apple sales. Samsung not only makes parts for other phone manufacturers, such as Huawei, it also produces smartphones. But large bulk orders for chips and screens from Apple help to reduce the manufacturing costs for Samsung's own mobile components.

Not long after Apple warned of a drop in sales, Samsung also posted lower expected revenues for the first quarter of 2019.

Dialog, which specialises in the supply of key components such as integrated circuits and solid state lighting, a technology that makes use of Samsung's LED lights, is the latest to be caught up in Apple's financial wobble.

"Apple has made no secret of the fact that demand for the iPhone in the final quarter of 2019 did not meet expectations," said Ben Wood, chief of research at CCS Insight.

"It also appears that the broader trend of consumers holding onto their smartphone longer has dampened the market outlook. On this basis, it is little surprise that the entire Apple supply chain, including Dialog is feeling some pain."