UK yet to decide security policy for 5G rollout 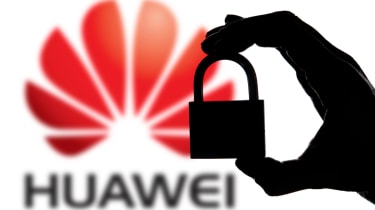 The National Cyber Security Centre (NCSC) has not yet decided whether it will allow Huawei to provide the infrastructure for nationwide 5G networks, despite saying any risks of using the company's hardware can be mitigated.

Ciaran Martin, head of NCSC, explained that it hadn't yet decided upon how it would handle security for 5G networks, but the government would continue to regulate how Huawei's technology is used.

"Our regime is arguably the toughest and most rigorous oversight regime in the world for Huawei," Martin said. When questioned whether the authorities had identified a security risk with Huawei, he added: "I would be obliged to report if there was evidence of malevolence ... by Huawei. And we're yet to have to do that. So I hope that covers it."

Chinese firms including Huawei have come under fire in the US and Trump's administration has now attempted to block networks from selling the company's hardware because it feels the manufacturer is spying on citizens and passing on data to the Chinese government.

Earlier this week, Canalys revealed that this move has led to sales of Chinese smartphones and devices increasing across Europe over the last year as manufacturers invest more heavily on this side of the Atlantic.

The UK's stance has shocked the US though, with senator Mark Warner, who sits on the Senate Select Committee on Intelligence, saying he wants to understand why the UK isn't willing to follow the US' lead.

"The United States and its allies need to maintain a common front against the supply chain risk of equipment from countries that do not respect the rule of law and that routinely place extra-judicial surveillance demands on domestic firms," he said.