What devices do we expect from MWC 2019? 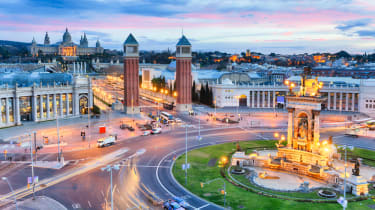 It's that time of year again, where tech-loving folk descend on Barcelona for GSMA's annual Mobile World Congress (MWC) event.

MWC is famous for smartphone launches and despite the three biggest manufacturers (Apple, Huawei and Samsung) choosing to have their own special events for flagship devices, there's still plenty of exciting new handsets to be seen.

Ahead of the event, Samsung laid down the gauntlet with both a foldable device (Galaxy Fold) and a 5G-enabled smartphone (S105G). There are more foldable and 5G-enabled handsets rumoured to make an appearance at MWC, too, from the likes of Huawei, LG, Xioami and Oppo.

Xioami has proved quite popular in Europe and it's reportedly working on a foldable phone. MWC might be a bit too soon for it to be unveiled but the firm has made a name for itself with high-quality tech that undercuts the bigger brands. It's the same story for rival Chinese firm Oppo, which is also said to be working on a foldable device, which could possibly be the main focus of its "innovation event" on 23 February.

The most likely company to unveil a foldable device at the event is Huawei. Even more so given that the P30 and P30 Pro are launching after MWC and the company is still launching/unveiling a different smartphone on 24 February, which could well be a foldable device.

Huawei is also the most likely to unveil a 5G-enabled device - this is presumably the phone that has yet to be named that will launch on 24 February. The company may be having a hard time convincing the Western world that its 5G infrastructure is secure, but its handsets are proving popular with consumers. So there's potential for both a folding and 5G-enabled phone - maybe even both.

LG has confirmed it's working on a 5G-enabled device, supposedly with a 4,000mAh battery and a Snapdragon 855 chipset. The company is due to announce the G8 and the LG V50 ThinQ - but it hasn't specified which device will be 5G enabled. Again, Xiaomi and Oppo are rumoured to be launching 5G phones, but there is nothing to suggest they will be doing so at MWC.

Other devices will also be launched, namely Motorola's cheeky throwback, the Razr, and Sony's refreshed Xperia range. There will also be four new models from Nokia: a Nokia 9 PureView, a Nokia 4.2, a Nokia 3.2 and a Nokia 1.1 plus.

We've already had both a folding phone and a 5G-enabled device launched before MWC, so expect to see a few more unveiled over the next few days. See you in Barcelona!