With both devices launched so close together, we compare the specs and give our first impressions 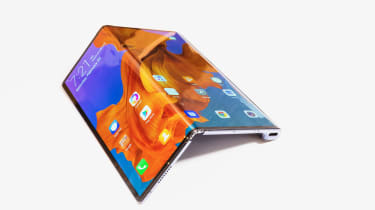 If you were one of those people looking forward to a future that involved foldable smartphone screens, then your time is now because that future has arrived. Launching one after the other, Samsung and Huawei have unveiled the Galaxy Fold and the Mate X, causing a media frenzy in the process.

The Galaxy Fold will be available at the end of April for a whopping $1,980 and if you think that's steep, Huawei's Mate X will cost $2,299. The future is here - and it's come with a warning about how much we will need to fork out to be a part of it.

Admittedly, together Huawei and Samsung are at the start of a potential landmark moment in mobile technology, something set to takes us to new places. But, there are some significant differences between both models, so we've taken a look at the two devices' specifications and feature-sets to break them down.

N.B: We have not had hands-on time with either the Mate X or the Galaxy Fold. This comparison is based on data only.

The design is arguably the most important aspect of these foldable devices - and it's certainly the most interesting. Creating technology that allows a screen to bend or fold is one thing, but making that fit with the other components of a smartphone is the real challenge. For example, both the Galaxy Fold and the Mate X have two batteries, one for each part that folds, but that use power from both simultaneously.

Another key is the mechanism that allows it to fold: the hinge. For the Galaxy Fold, Samsung said it was a very difficult challenge and the importance of the hinge cannot be understated. It needs to hold strong as it's folded and unfolded hundreds of thousands of times. The Galaxy Fold's hinge system looks very intricate and sophisticated, with multiple interlocking gears hidden underneath the display. However, it's also quite bulky. The Mate X, on the other hand, is more svelte. It's only 5.4mm thick - 11.5mm when folded - and as such, has the better aesthetic. But that doesn't necessarily mean it has better build quality. 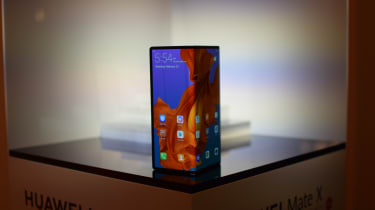 Part of the reason the hinges and dimensions are different is that the two devices fold in different ways. The Galaxy Fold is more like a book, with a separate screen on the front, while the Mate X is more like a book where the screen is the front cover. When folded, the Galaxy Fold is something akin to a TV remote (with a 4.6in touch screen) - long and chunky - whereas the Mate X still resembles a typical modern smartphone.

The third, front screen on the Galaxy Fold is a 4.6in HD+ display that's used for 'phone mode'. This is something Huawei had a little fun with during its Mate X launch, comparing it to the Mate X's 6.6in screen that has a 19:9 aspect ratio with a resolution of 2,480 x 1,148. It's simply a bigger screen because of the way it folds and only time will tell which one is actually better; the Mate X may be bigger, but the screen is always on display, whereas with the Galaxy Fold, it's larger screen is folded up and so less exposed to daily life. So, Huawei may gloat that it's Mate X has an 8in display, but Samsung's Galaxy Fold is just under an inch shorter and its 7.3in Infinity Flex Display has more protection.

The Galaxy Fold is housing a state of art Qualcomm 7nm octa-core processor, with 12GB of RAM, making it potentially one of the most powerful smartphones on the market. There's also 512GB of onboard memory and support for universal flash storage 3.0. Which means you'll be able to read data twice as fast as most other smartphones, which should make it very responsive.

On the basis of the written specs, however, Huawei has trumped Samsung as the Mate X has as a 7nm Balong 5000 5G modem mixed with a Kirin 980 processor running inside it. Although 5G is still far away from being rolled out, Huawei has managed to fit its device with the capabilities ready to go. Samsung's Galaxy Fold is also expected to have 5G but only in select markets.

There's going to be a quick drop in power on these devices as they have multifunctional capabilities. With the Galaxy Fold, you can search, chat and stream all at the same time, which will hit that battery hard. The battery is an aspect of design that both have achieved similar results with, opting for dual batteries that work as one. The Mate X is powered via a 4,500mAh battery that has 55W Huawei supercharge capabilities, whereas Samsung's Galaxy Fold will have a smidgen less power with its 4,380mAh battery.

A smartphone without a camera is unheard of nowadays and we've now reached a point where at least two isn't good enough. Three is somewhat the standard, but even that doesn't cut it here. Samsung's Galaxy Fold has six lenses: three on the back, two on the inside and one on the front. All of which are heightened and improved with artificial intelligence running in the background. 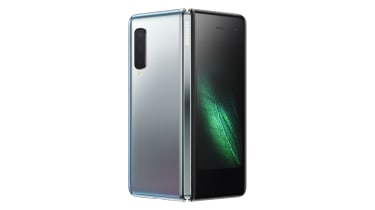 Huawei, as ever, has camera technology from Lecia with five cameras. What makes this different, and perhaps, more innovative is once again down to the fact the screen folds in the other direction to the Galaxy Fold. You can take a photo of someone and that person can see the image of themselves being taken - because it's a rear camera on a rear screen.

Both are admittedly great innovations, but Huawei wins hands down for design, with its revolutionary folding screen and front and back displays. The Galaxy Fold looks like a TV remote when folded and that only has a 4.6in screen which doesn't look all that appealing.

However, it does look the more durable out of the two devices with its bigger hinge and thicker frame. We can't overlook this side of the design because it's a device that's going to have more wear and tear simply because of what it can do. Sure, we've had phones that fold before, but these are the first screens to fold. Despite what Corning Gorilla Glass says, smartphone screens are notoriously fragile - screen repair shops are everywhere - and replacing a foldable display won't come cheap.

And, neither device has an affordable price, to begin with. Even the last iPhone didn't have an affordable price and that was almost 50% less than these two. So it really is all about functionality and looks in this case, and on first impressions, it seems like Huawei has won - but we can't say for definite until we've had them both in for testing.