The future is here, behind a glass case 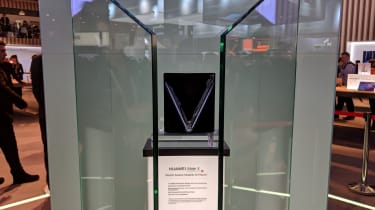 Every year, some 100,000 tech enthusiasts descend on Barcelona's Fira Grand for MWC to see the latest innovations in mobile technology.

And 2019's show was no different, with foldable smartphones, ultrafast 7-nanometre processors and groundbreaking 5G modems. It was a glimpse into the future - a future that, if you believe MWC exhibitors, has already arrived. Yet, beyond the hype and sales talk, everything still feels frustratingly out of reach.

Among the latest releases were an extensive range of IdeaPads and ThinkPads from Lenovo. Nokia unveiled four devices, including the camera heavy PureView. And Sony showcased its refreshed Xperia range with the Xperia 1, with its gorgeous 21:9 CinemaWide display.

However, the biggest announcement of the week was the Huawei Mate X, the Chinese firm's first phone with a foldable touchscreen - technology so special that it was encased in a glass box. Only a handful of journalists were allowed to hold the device, and when I say hold, I mean just that. They were strictly told not to try to bend the screen in any way. This could suggest the display models aren't 100% ready and that Huawei is still finalising parts of the mechanical design. Whatever the reason, it's difficult to take the idea of 'the future is here' seriously when you're not allowed to fold the folding smartphone.

There was also some embarrassment around the price of the device, which sits at an eye-watering $2,299. CEO Richard Yu seemed to suggest the company is looking at ways to make it cheaper further down the line, but there was no such suggestion from Samsung when launching its $1,980 "luxury device", the Galaxy Fold. And this is a device that has not had an external hands-on anywhere, even at MWC where one was on display behind a glass box. The South Korean phone manufacturer has been even more precious with its foldable smartphone, despite the fact its release date is at the end of April.

If the future of smartphones is one where no one can afford them, then bravo Huawei. 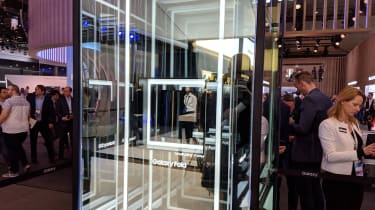 But part of the reason Samsung's Galaxy Fold is available sooner than the Mate X is because the latter is 5G enabled. Samsung has, of course, announced a 5G model of the S10, but this is not expected until early in the Summer - another notably vague time frame. A 5G variant of the Galaxy Fold is rumoured to be set for South Korea, but there's no word on it coming westwards.

And that seemed to be a running theme with most 5G-based announcements at MWC, where a product is showcased, but the actual technology that underpins it was tagged with an unspecified ETA. Case in point, if Samsung launched the S10 5G, there could well be another year and another model out before 5G is fully deployed. Much like Donald Trump and 6G, we could be getting ahead of ourselves.

But it is easy to get excited about the innovations 5G will enable, particularly for smartphones. Qualcomm had a very impressive stand at MWC, with a range of different 5G presentations, including one from OnePlus, which was a mysterious prototype - again locked in a glass case. 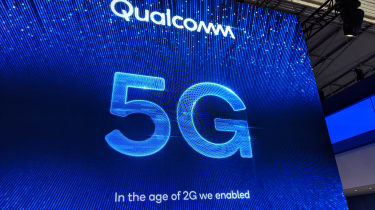 I'm all for tech companies showing me what they've been working on, but an event where the biggest gadget launch is one you can't touch, or indeed fold - the one thing we most want to see it do - is a little frustrating.

Huawei and Samsung have promised to connect us to the future, but they don't seem too convinced themselves that their tech is ready. Worse still, with both devices costing over $2,000 - significantly more than the latest iPhones - there is a worry that these companies are not connecting everyone to that future.