Don't get hung up on your smartphone's phoney values

You could spend £1,000 on that new phone, or you could invest it in something Distinctive and Durable 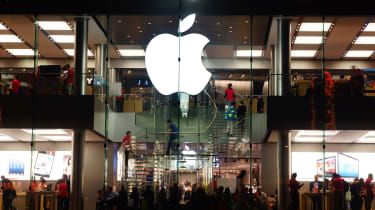 For all that I grouse about it, Facebook can sometimes be fun. Last month I posted about a small tech victory. My dear old HTC Desire phone had been playing up - go-slows, total freezes - and no amount of purging apps would fix it. I started eyeing up various Motos on Amazon, but before committing decided to try one last fix: a full factory reset.

All my data and most apps came back automatically from Google within 15 minutes and the phone is now rock-solid and faster than ever. But the response on Facebook should have been predictable: an avalanche of advice from friends suggesting replacements costing up to 1,000.

I protested that I don't care about phones. I use mine mostly as a Citymapper and Spotify platform, and for occasional texts. Shininess, Gorilla Glass, metal cases (I prefer plastic, which bounces), curved screens or the dreaded notch mean nothing. This admission caused great consternation, even concern for my immortal soul.

It's not that I lack the aesthetic impulse, or the strong compulsions it can create. When, rarely, I see some object that really appeals, I'll buy it with little concern for price. What I don't do is buy things just because they're new or expensive. This may put me at the periphery of mainstream society, but it doesn't make me any better than others like some ascetic monk. Actually, it may make me rather worse: all that matters is that a thing pleases me, rather than the effect that owning it will have on others.

Way back in 1899, in The Theory of the Leisure Class, American economist Thorstein Veblen described the significance of luxury goods that defy the normal rules of pricing by becoming more desirable the more expensive they are - because possession of them is recognised as a sign of high social status. Economists still use the term "Veblen goods" for Lamborghinis, beluga caviar, emerald tiaras and the like. I'm not saying that a 1,000 phone is a Veblen good: the latest flagship models do have superb abilities that go a long way toward justifying that price. When you make the cases of gold, encrusted with diamonds, they become Veblen goods.

Theories of value have come a long way since 1899, though. In 2014, French sociologists Luc Boltanski and Arnaud Esquerre published a paper called The Economic Life of Things, which advances a novel theory of how stuff gets priced. They separate the universe of things onto three planes that they call 'Standard', 'Collection' and 'Asset', each plane having its own different criteria of value. Standard is the world of mass-produced things, purchased new and that depreciate with use. Collection is the world of old things that become collectable and gain value as they age. Asset is the world of jewels, buildings and fine art, purchased not merely for use but as a store of value, a hedge against inflation. Here, price is what the market will bear, without upper limit.

The originality of this approach is seen best through diagrams: for each plane they construct a different two-dimensional chart space onto which you could plot real objects. The Standard space has a horizontal axis from Disposable to Durable, while the vertical axis runs from Distinctive to Generic. Smartphones lie somewhere in the Distinctive/Disposable quadrant, while Mercedes cars are in Distinctive/Durable. Ballpoint pens are Generic/Disposable while stainless steel mixing bowls are Generic/ Durable, geddit?

In the Collection space, the axes are Memento to Memorabilia and Singular to Multiple: your grandfather's watch is Memento, whereas Winston Churchill's watch is Memorabilia, and both could be slightly Multiple. A painting by an unknown artist is Memento/Singular, while one by a famous artist, or a 1950s Hermes handbag, is Memorabilia/Singular. Your collection of Marvel comic books is Memento/Very-Multiple-Indeed.

Now imagine an app that scrapes Amazon, eBay, Christie's and Sotheby's catalogues, using this system to calculate the price (if not the value) of everything. Google eat your heart out.