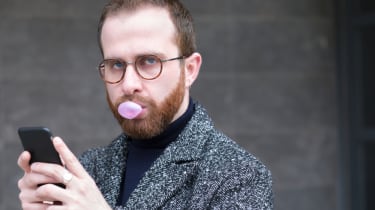 With version 4.22 came a number of sweeping changes to the Nokia 9 PureView, including an improved user interface (UI) and better functionality. This aimed to address a number of problems reported at launch, including an in-screen fingerprint scanner that required a significant push of the finger to register.

But these issues have seemingly become much worse after the update rolled out last week. This has been illustrated by one Twitter user unlocking the device with somebody else's finger, and then just a packet of chewing gum. They also alleged the PureView can be unlocked using a coin, or leather gloves.

Video of the fingerprint sensor unlocking phone with a packet of chewing gum and someone else's finger pic.twitter.com/jwY4ZG7uCh

Among the Nokia 9 PureView's greatest strengths is a five-lens camera setup, and a unique Qualcomm Snapdragon 845 processor made especially to cope with this configuration. But its imperfect in-screen fingerprint scanner was among the most widely-cited gripes when IT Pro and other publications handled the device.

The user that reported the flaw, Decoded Pixel, said their device was on the latest April security update, using a UK SIM and on the Virgin Mobile network. They conceded this could also be a hardware defect with their specific device.

While many in the security industry have highlighted major weaknesses in password security, this represents how easily layers of biometric security can be bypassed if supported with faulty software.

The technology underlining biometric security in smartphones, meanwhile, is relatively new and by all means a work in progress. The Huawei Mate 20 Pro was similarly marred by a glitchy in-screen fingerprint scanner upon reviewed, albeit not on the same scale as the Nokia 9 PureView's issues.

IT Pro approached Nokia for a statement but did not hear back at the time of writing.