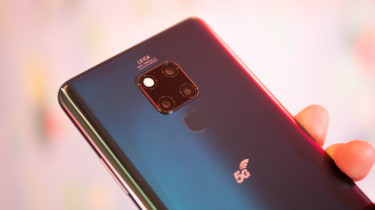 Timing is everything, people often say, and although it wasn't exactly planned, Huawei managed to launch the Mate 20 X (5G), the company's first 5G-ready smartphone, on the same day that the White House placed the company on a trade blacklist over fears its technology poses a national security risk to the US and her citizens.

While that is still debatable, there's one thing we can say about Huawei with absolute certainty: it has an excellent track record for producing top quality hardware - particularly in the last few years. Following on from the success of the P20 Pro and the Mate 20 Pro, Huawei has had a strong start to 2019, with the excellent P30 Pro and the unveiling of the Mate X, the company's long-awaited foldable smartphone that's also set to be 5G-enabled. But, while that still hasn't got a launch date, the Mate 20 X (5G) is set for release in June.

As the name suggests, the Mate 20 X (5G) is almost exactly the same as the Mate 20 X - just with a "5G" logo on the back. So, like the Mate 20 X, it's a massive slab of a smartphone. To put it into context, this device, and the Mate 20 X, are more phablet than anything that has gone before them, and there's literally no way your thumb will reach the top portion of the screen while held in one hand.

The back cover is almost like for like with the Mate 20 Pro in that it has the same curved design and square camera arrangement, but there is a finger sensor underneath rather than having it housed in the screen. Other than that, the only other difference is the colour it comes in, which is a shimmery Emerald Green, for now. 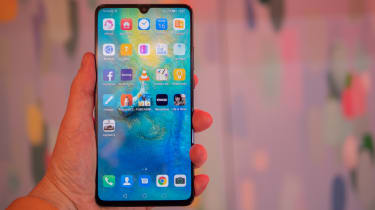 Once again, beyond how big it is, this edge-to-edge display is not too different from most other recently launched flagships. Without bezels and logos on the front of phones, all that's left to customise is the front camera. Here, Huawei has gone for a P30-like teardrop notch, which is actually quite tasteful. You have all of the 7.2in display to enjoy with just that minor little circle hanging down from the top centre of the screen - more agreeable than a full iPhone Xs notch and similar to the Galaxy S10's screen cut out.

Like the Mate 20 X, the 5G version has the Kirin 980 processor with 8GB RAM and 256GB of storage, but Huawei has paired it with the Balong 5000 7nm 5G chipset for the next generation of mobile connectivity. While this promises great speeds and low latency, it has required sacrifice. It's not just a case of slapping a '5G' logo on a phone and letting the network providers do the rest, significant changes need to be made to the hardware. So where Huawei has had to fit different circuitry and antennae inside the already huge chassis, it's needed to make cuts. Thus, the battery capacity has been reduced from 5,000 mAh to 4,200 mAh. How much of a sacrifice this is will depend on how taxing 5G will be - 4,200mAh is still a decent size but right now only the manufacturers will know what effect it will have.

As mentioned, the Mate 20 X (5G) is so big it's difficult to operate with one hand, but that might be because it's not meant to be. As with the original, the 5G version has a stylus, the 'M-Pen'. From our brief use of the device, the stylus is quite advanced, able to take full advantage of the pressure sensitive screen. The pen can do a number of things - scroll, click, swipe, et cetera - but it really impresses when you get creative. With the sketch pad open, the pen really highlighted how sensitive the screen is, making light and heavy lines as if drawing with pencil on paper. Unfortunately, the pen is sold separately, but without being able to lengthen your thumb, it's almost a necessity.

As with every other smartphone it's released, Huawei has made the Mate 20 X (5G) with Leica cameras. This is proving to be one of the best partnerships in tech, giving Huawei substantial claim to be the number one for camera phones - Google's Pixel series may say otherwise, but devices like the P30 Pro add weight to Huawei's claim.

There's nothing quite as advanced as the Pro's optical zoom on the Mate 20 X (5G). It's the same as the original with a triple camera array on the rear in a distinctive squared layout, and a single 24MP snapper on the front. But that isn't too bad; round the back you're still getting a 40MP camera, a 20MP one and a smaller 8MP camera. 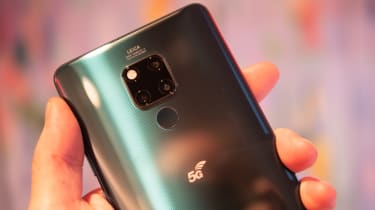 If the quality is anything like as good at the original Mate 20 Pro, we'd expect the new 5G version to produce astonishing snaps in a variety of circumstances. In fact, it may be even better, if Huawei has improved the underlying software.

Although it's easy to get ahead of ourselves, this 5G ready beast isn't as feature-loaded as Samsung's Galaxy S10, or as super as the P30 Pro - really, its biggest plus point is being 5G enabled and we're still waiting on the 5G switch to be flicked. Interestingly, Huawei hasn't chosen its top products to fit with 5G - the Mate X will be a 5G phone, but we don't know when that's coming and the P30 and Pro were both 4G, which does feel like Huawei is playing it cautiously.

Also, 5G looks like it's going to be costly - the original Mate 20 X was 799 and the early indications are that the 5G version will set you back 200 more. Until it's out and testable, and running on an actual 5G network, we can't really say much about it. But if you want one of Huawei's Mates, how much will you pay for the one that's ready for 5G?