What is HarmonyOS? A guide to Huawei's operating system

We take a look at Huawei's fledgeling OS that's aimed at IoT and, potentially, smartphones 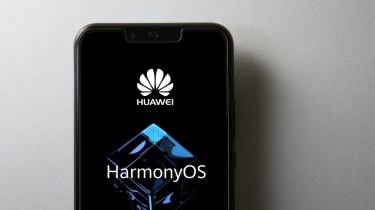 2019 was a tough year for Huawei. The US government hit it with a trade ban over alleged security fears and a number of key American-based suppliers distanced themselves from the troubled firm. One of those was Google, developers of the Android operating system.

With the US unrelenting in its self-appointed task to squash Huawei, the Chinese firm was forced to release the Mate 30 without Google Play Services in September. It can use Android 10, but it's a version that comes without native apps or services – so no Play Store or YouTube apps.

There are rumours that the Huawei P40, set for launch in February, will be the same – similarly any version of the foldable Mate X, if it ever gets launched in the UK. This is the unavoidable fate of one of the world's most popular smartphones – a life without Google.

But this tragedy might be the start of something better, introducing HarmonyOS...

It's actually 'HongmengOS', but Huawei has tweaked it to 'Harmony' for the international market. The original name means wild goose in Chinese mythology, but the term 'harmony' is very well suited as it's being designed to be a one-size-fits-all multi-device operating system.

It's an idea that Huawei says it has been working on for over a decade; an OS that can power a range of IoT tech from smartwatches, to tablets and even in-car systems. One customisable platform for practically any hardware that's internet-connected – yes, even smartphones, although Huawei isn't too keen to talk about that just yet.

The system is based on a microkernel, which is a minimal software structure for operating system mechanisms. As opposed to monolithic kernel systems which are layered, the microkernel's mechanisms work with smaller source code bases. For example, Android runs on 100 million lines of code.

Harmony, according to Huawei, runs on just 100 lines of code and trumps Android on performance because it has a "Deterministic Latency Engine". This is about prioritising performance, where the system simplifies the communication channels between the software and the hardware - supposedly reducing latency.

The multi-device part comes from an Integrated Development Environment (IDE) and a distributed architecture kit. The idea is that developers can efficiently build apps that run on multiple devices and the multi-device IDE allows them to code their apps once and deploy them across different hardware. The aim is to create a tightly integrated ecosystem across all user devices. This is enabled by an ARK complier, a system for developers to build with different languages that then translates them into one language for HarmonyOS.

What devices will it be on?

Naturally, you'll all be looking for the word 'phone' but you'll not see it. Huawei's fledgeling OS starts on the Honor Vision Smart TV and will feature in various IoT devices at first. Over the next three years, there is a plan to implement it into laptops and wearables, but there is nothing to suggest it will be in any smartphone, anytime soon.

HarmonyOS has been in the works for over a decade, but Huawei only unveiled it until after Google announced it would be withdrawing Android support. This naturally led many to assume that Huawei had a replacement in the works, yet curiously what we got was an operating system geared more towards other kinds of hardware.

As with the Mate 30, it's clear the company wants to continue with whatever kind of Android it can use, but, if it can't convince the US that it's not a security threat, its ties with Google will remain severed. It's a situation without harmony, but Huawei might have the answer to that...