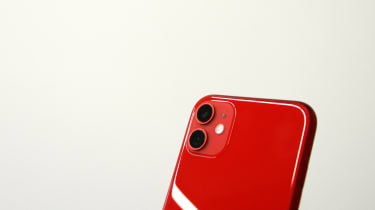 Apple has reportedly asked suppliers to increase the production of its three iPhone 11 models by around 10% due to rising demand following a successful launch.

The report from Japanese publication Nikkei Asian Review said Apple requested up to 8 million more units of its latest smartphones on Friday.

"This autumn is so far much busier than we expected," said a Nikkei source. "Previously, Apple was quite conservative about placing orders."

The demand for the company's latest line of iPhones is high right now, but suppliers remain cautious that it may not maintain for long.

"Demand is good for now. But we have to be careful not to be too optimistic," said one executive-level source. "I hope that this year's peak season lasts longer than last year."

The promising report for Apple counters analyst predictions that the iPhone would continue to struggle year-on-year.

"We are currently predicting a year-over-year decline of iPhone sales in 2019," said Annette Zimmermann, vice president and analyst at Gartner, speaking to Tom's Guide prior to the iPhone 11 launch event. "Apple had a tough Q1 19 and while Q2 19 looks to be a bit better, it will be very difficult if not impossible to make up for that in 2H19."

Apple experienced a disappointing period of sales around the launch of its flagships of last year, citing the US-China trade war and a shrinking smartphone market as factors which led to its first decline in revenue in over a decade.

The rise in production will largely be focussed on the two cheaper iPhone models, the iPhone 11 and 11 Pro, according to the sources.

This illustrates the success of Apple's pivot towards a more affordable portfolio of iPhones  the new iPhone 11 is the cheapest of all three and the cheapest iPhone Apple has produced in years, coming in at 729.

"Apple's pricing strategy this year so far turns out to have boosted some initial sales and preorders... however, given the weakening world economy and uncertainties ahead, we are concerned whether the good demand will last long," said Chiu Shih-Fang, smartphone analyst at Taiwan Institute of Economic Research.

"Even if the second half is definitely better than the first half, we need to monitor if the lower average sale price could have an impact on Apple's total revenue."

Apple did not reply to Channel Pro's request for comment at the time of publication.